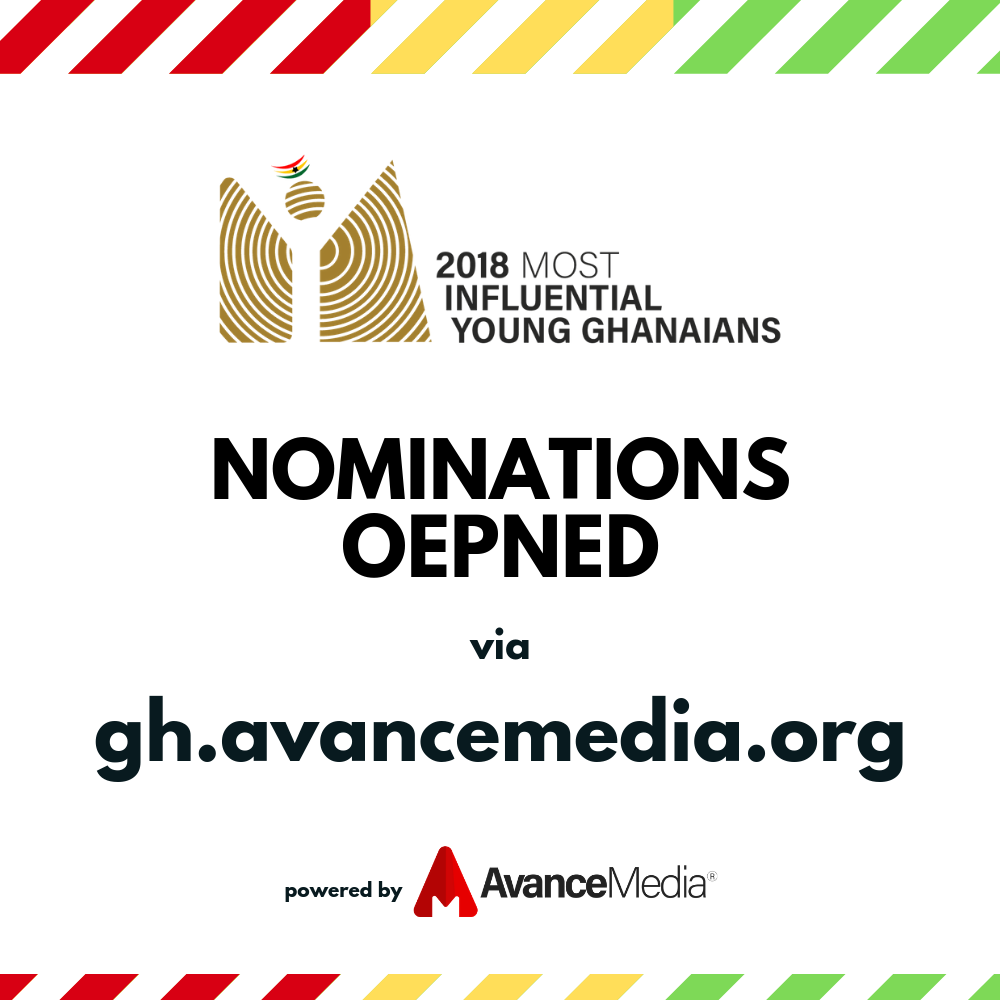 Posted at 14:19h in Ranking by Prince Akpah 0 Comments
0 Likes

The ranking which was first published in 2015 has seen young achievers such as Journalist Anas Aremeyaw Anas (2015 & 2016) and Lawyer Kow Esumman (2017) being voted the most influential young Ghanaians in their respective years.

Speaking about the 2018 ranking, Managing Director of Avance Media, Prince Akpah noted, “Shortlisted finalists will be announced in December ahead of a public voting exercise which will determine the overall Most Influential Young Ghanaian and those who have made enormous impact in their categories”.

For information about partnerships & sponsorships, Avance Media can be contacted via md@avancemedia.org, avancemedia1@gmail.com, or +233242307379