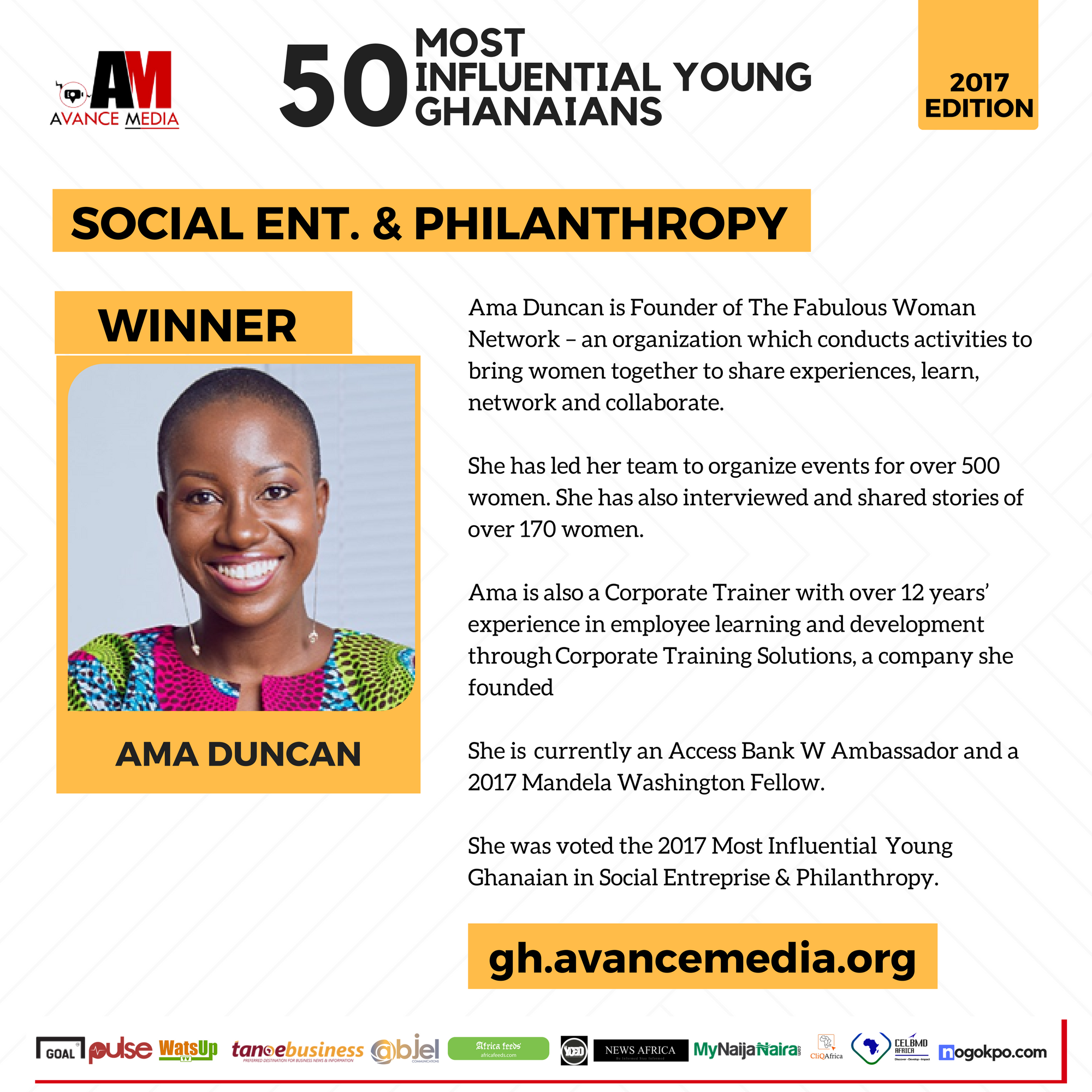 After a successful Poll by international reputed rating establishment, Avance Media, Ama Duncan, Founder of The Fabulous Woman Network has been voted the 2017 Most Influential Young Ghanaian in Social Entreprise & Philanthropy in one of the most credible and respected rankings system that honours youth excellence in Ghana.

Below are the Most Influential Young Ghanaian in Social Entreprise & Philanthropy as voted by the Public. 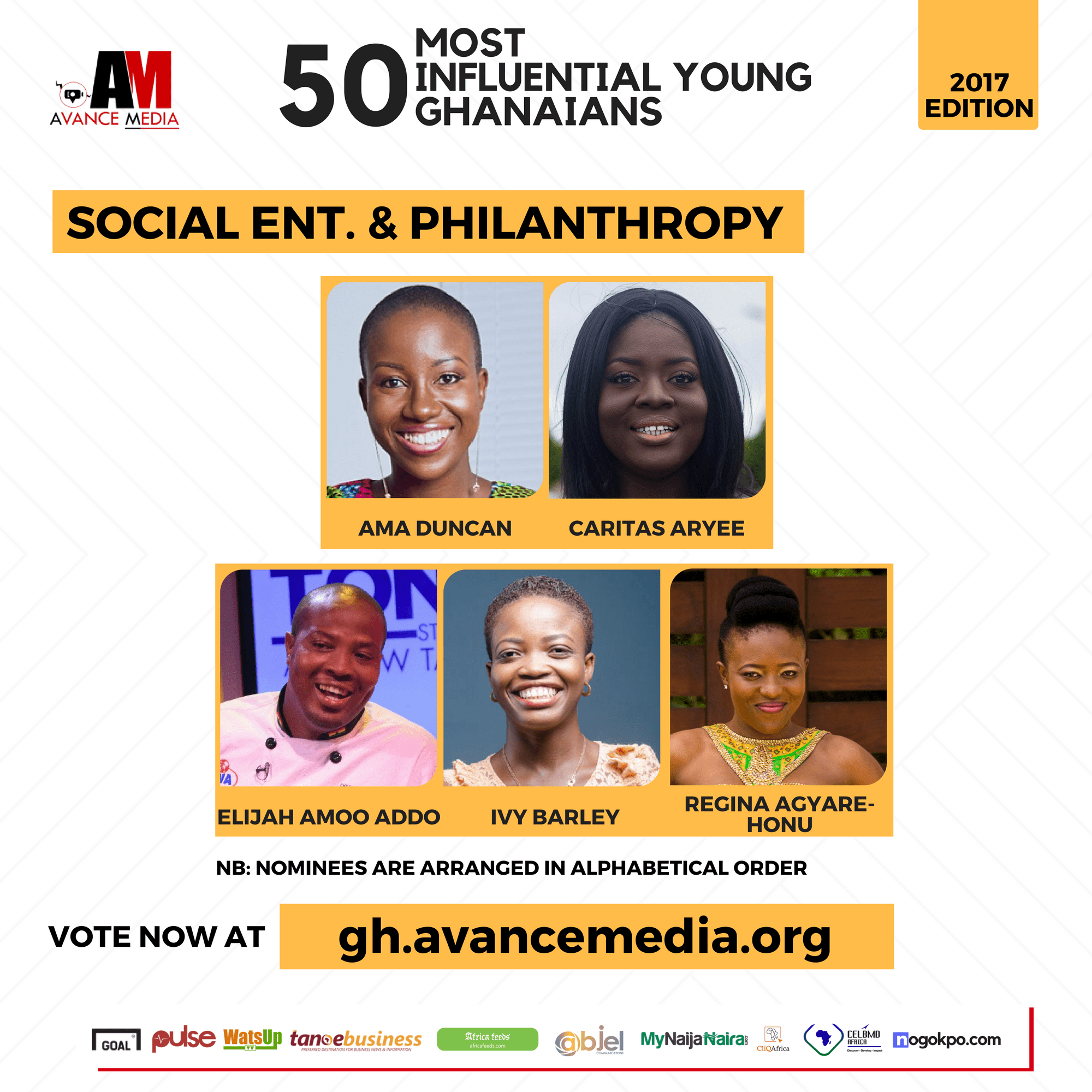 Ama Duncan is Founder of The Fabulous Woman Network – an organization which conducts activities to bring women together to share experiences, learn, network and collaborate.

She has led her team to organize events for over 500 women. She has also interviewed and shared stories of over 170 women.

Ama is also a Corporate Trainer with over 12 years’ experience in employee learning and development through Corporate Training Solutions, a company she founded

She is currently an Access Bank W Ambassador and a 2017 Mandela Washington Fellow.

She was voted the 2017 Most Influential Young Ghanaian in Social Entreprise & Philanthropy.