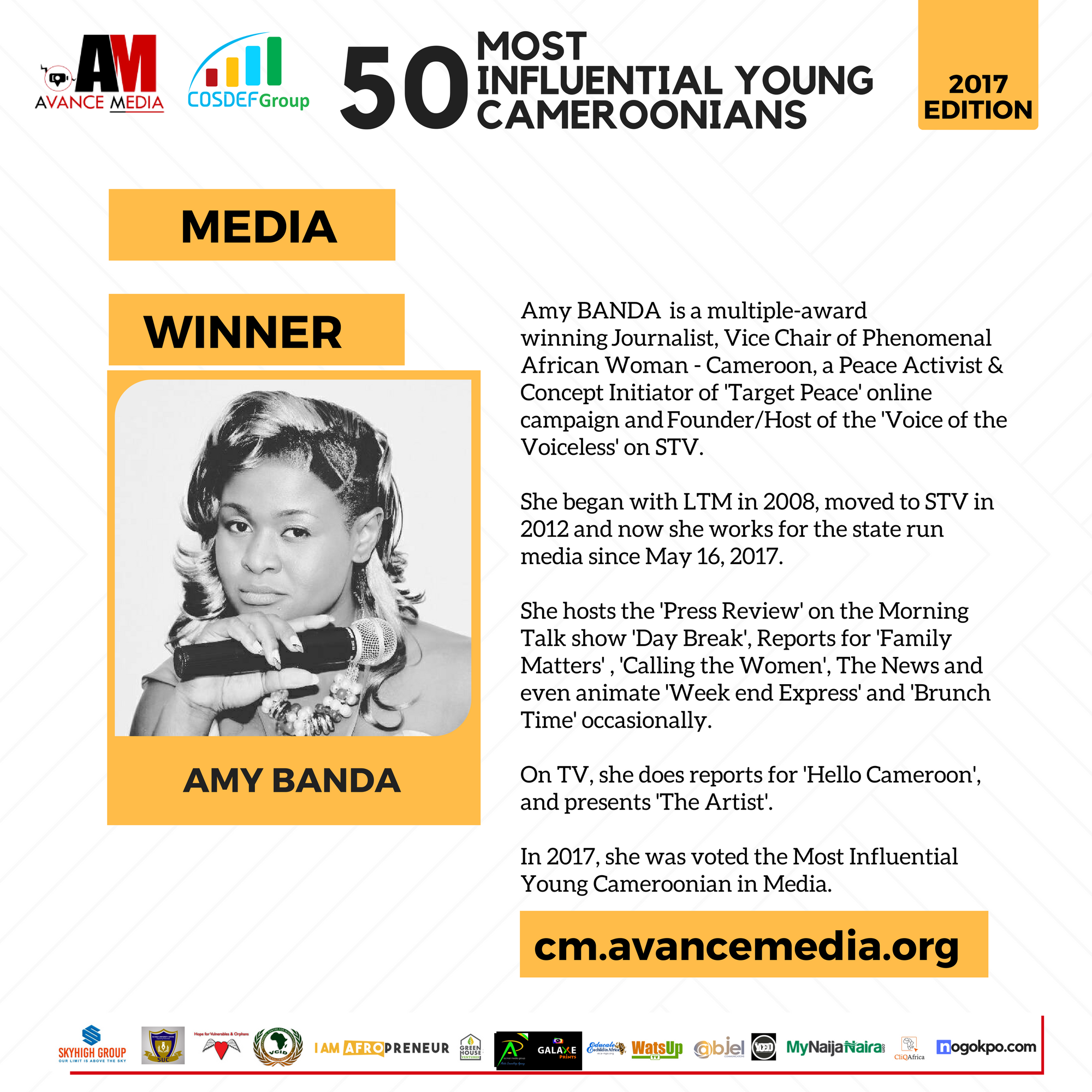 After a successful public Poll by international reputed rating establishment, Avance Media and the COSDEF Group Amy BANDA, Host of Amy Banda TV has been voted the 2017 Most Influential Young Cameroonian in Media in one of the most credible and respected rankings system that honours youth excellence in Cameroon.

Below are the Most Influential Young Cameroonians in Media as voted by the Public.

Amy BANDA is a multiple-award winning Journalist, Vice Chair of Phenomenal African Woman – Cameroon, a Peace Activist & Concept Initiator of ‘Target Peace’ online campaign and Founder/Host of the ‘Voice of the Voiceless’ on STV.

She hosts the ‘Press Review’ on the Morning Talk show ‘Day Break’, Reports for ‘Family Matters’ , ‘Calling the Women’, The News and even animate ‘Week end Express’ and ‘Brunch Time’ occasionally.

On TV, she does reports for ‘Hello Cameroon’, and presents ‘The Artist’.

In 2017, she was voted the Most Influential Young Cameroonian in Media.