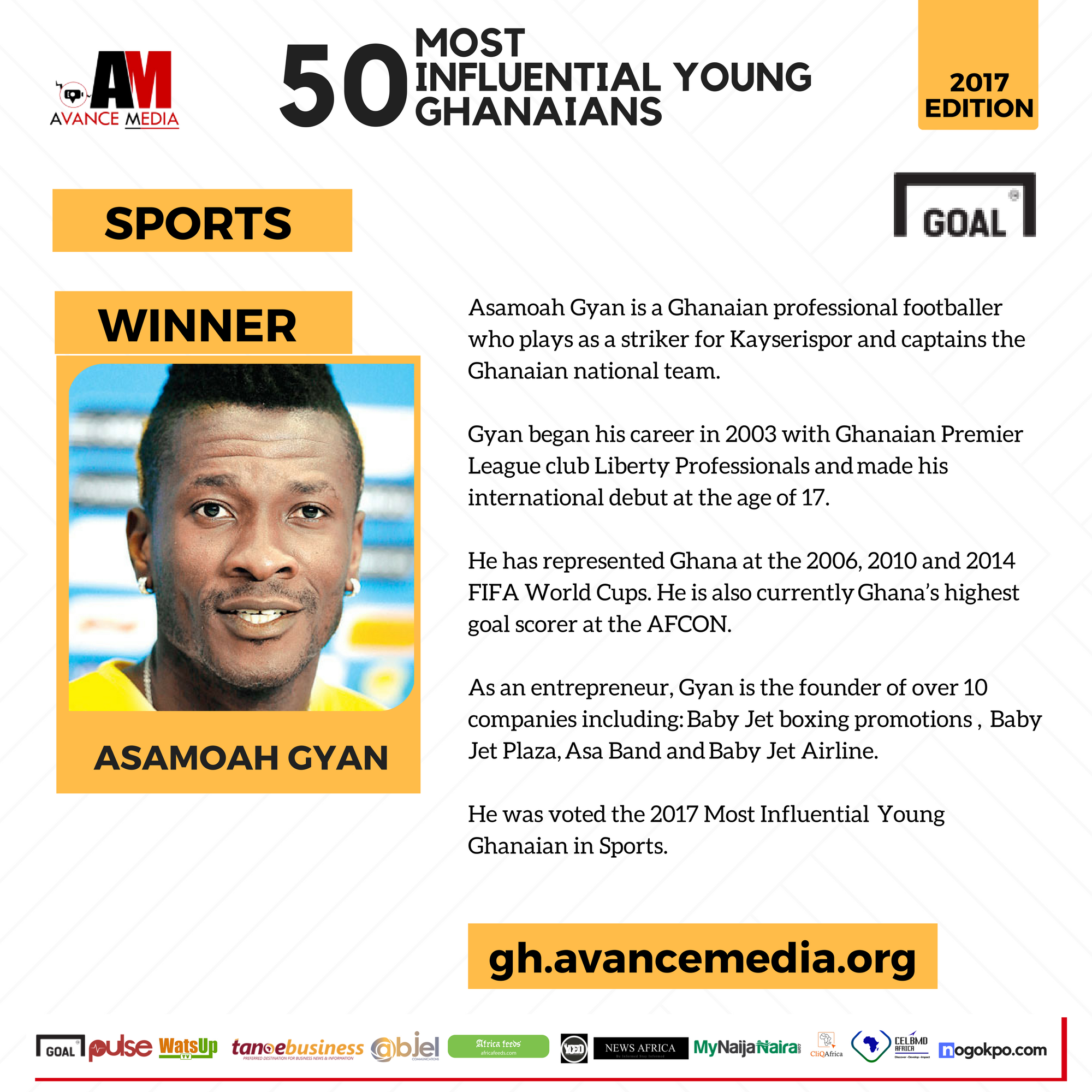 After a successful Poll by international reputed rating establishment, Avance Media in partnership with Goal.com, Asamoah Gyan has been voted the 2017 Most Influential Young Ghanaian in Sports in one of the most credible and respected rankings system that honours youth excellence in Ghana.

Below are the Most Influential Young Ghanaian in Sports as voted by the Public. 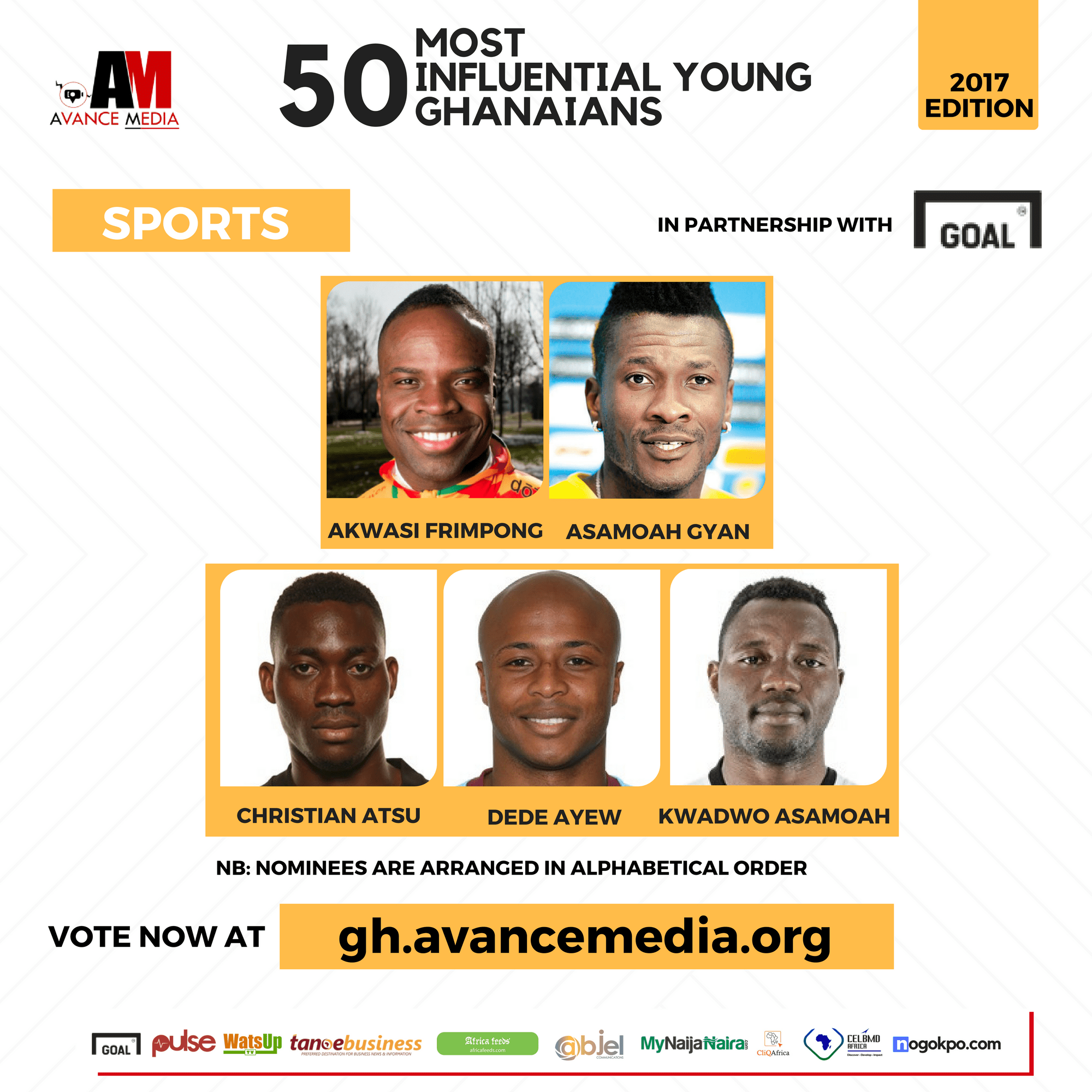 Asamoah Gyan is a Ghanaian professional footballer who plays as a striker for Kayserispor and captains the Ghanaian national team.

Gyan began his career in 2003 with Ghanaian Premier League club Liberty Professionals and made his international debut at the age of 17.

He has represented Ghana at the 2006, 2010 and 2014 FIFA World Cups. He is also currently Ghana’s highest goal scorer at the AFCON.

As an entrepreneur, Gyan is the founder of over 10 companies including: Baby Jet boxing promotions, Baby Jet Plaza, Asa Band and Baby Jet Airline.

He was voted the 2017 Most Influential Young Ghanaian in Sports.