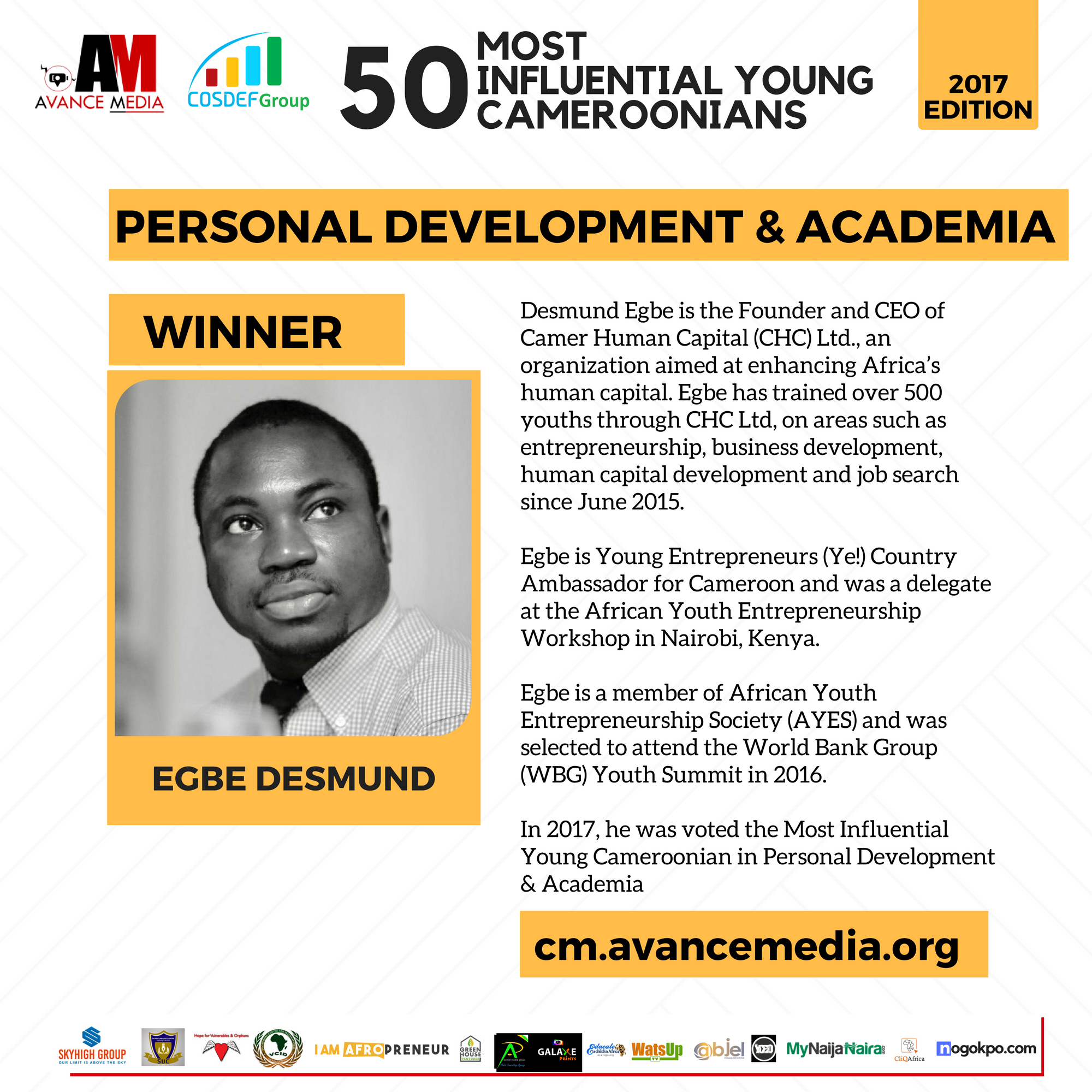 After a successful public Poll by international reputed rating establishment, Avance Media and the COSDEF Group Desmund Egbe, CEO of Camer Human Capital has been voted the 2017 Most Influential Young Cameroonian in Personal Development & Academia in one of the most credible and respected rankings system that honours youth excellence in Cameroon.

Below are the Most Influential Young Cameroonians in Personal Development & Academia as voted by the Public.

Desmund Egbe is the Founder and CEO of Camer Human Capital (CHC) Ltd., an organization aimed at enhancing Africa’s human capital. Egbe has trained over 500 youths through CHC Ltd, on areas such as entrepreneurship, business development, human capital development and job search since June 2015.

Egbe is Young Entrepreneurs (Ye!) Country Ambassador for Cameroon and was a delegate at the African Youth Entrepreneurship Workshop a side event of the Sixth Tokyo International Conference on African Development (TICAD VI) in Nairobi, Kenya.

In 2017, he was voted the Most Influential Young Cameroonian in Personal Development & Academia