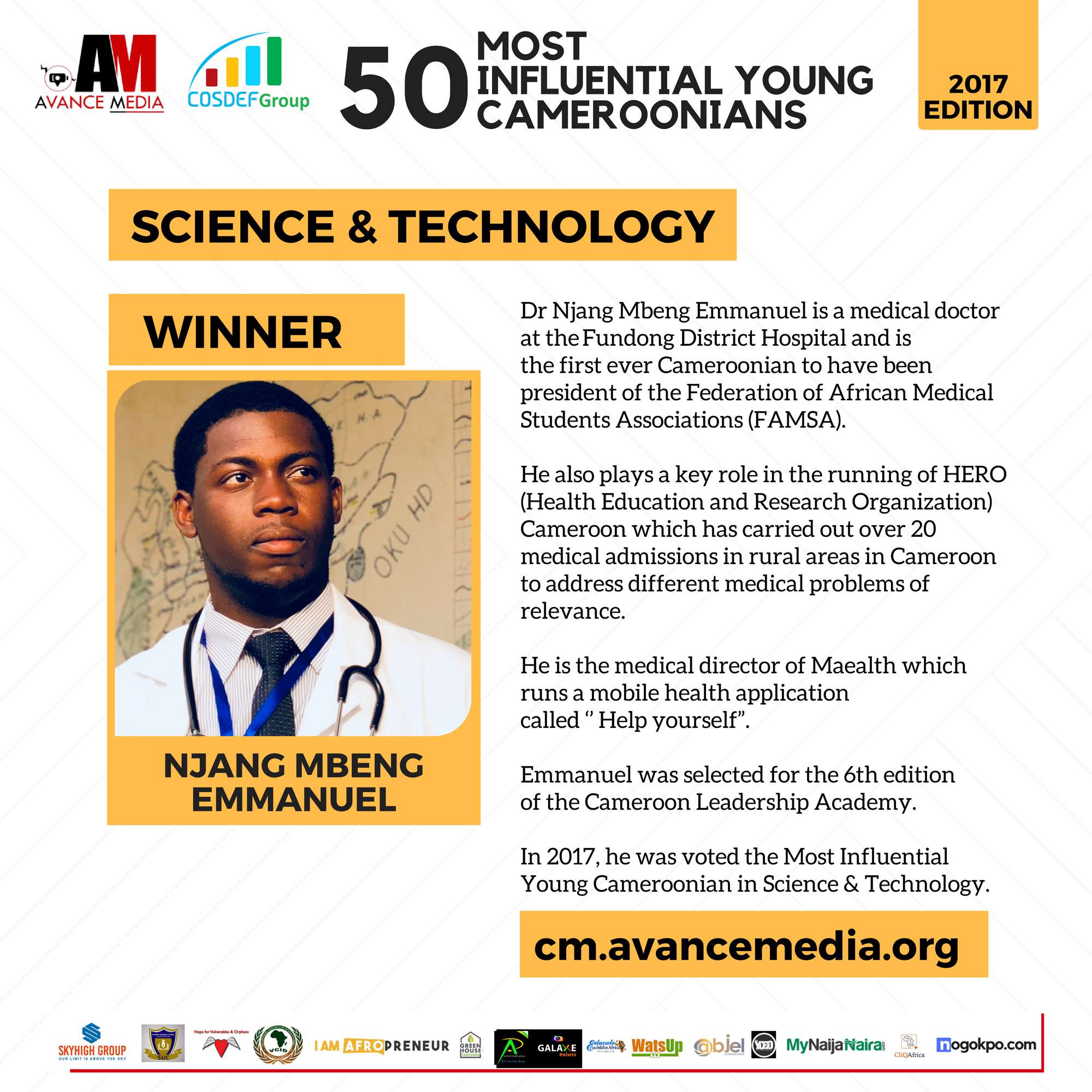 After a successful public Poll by international reputed rating establishment, Avance Media and the COSDEF Group Dr Njang Mbeng Emmanuel, a medical doctor at the Fundong District Hospital has been voted the 2017 Most Influential Young Cameroonian in Science & Technology in one of the most credible and respected rankings system that honours youth excellence in Cameroon.

Below are the Most Influential Young Cameroonians in Science & Technology as voted by the Public.

Dr Njang Mbeng Emmanuel is a medical doctor at the Fundong District Hospital and is the first ever Cameroonian to have been president of the Federation of African Medical Students Associations (FAMSA).

He also plays a key role in the running of HERO (Health Education and Research Organization) Cameroon which has carried out over 20 medical admissions in rural areas in Cameroon to address different medical problems of relevance.

He is the medical director of Maealth which runs a mobile health application called ‘’ Help yourself”.

Emmanuel was selected for the 6th edition of the Cameroon Leadership Academy.

In 2017, he was voted the Most Influential Young Cameroonian in Science & Technology.