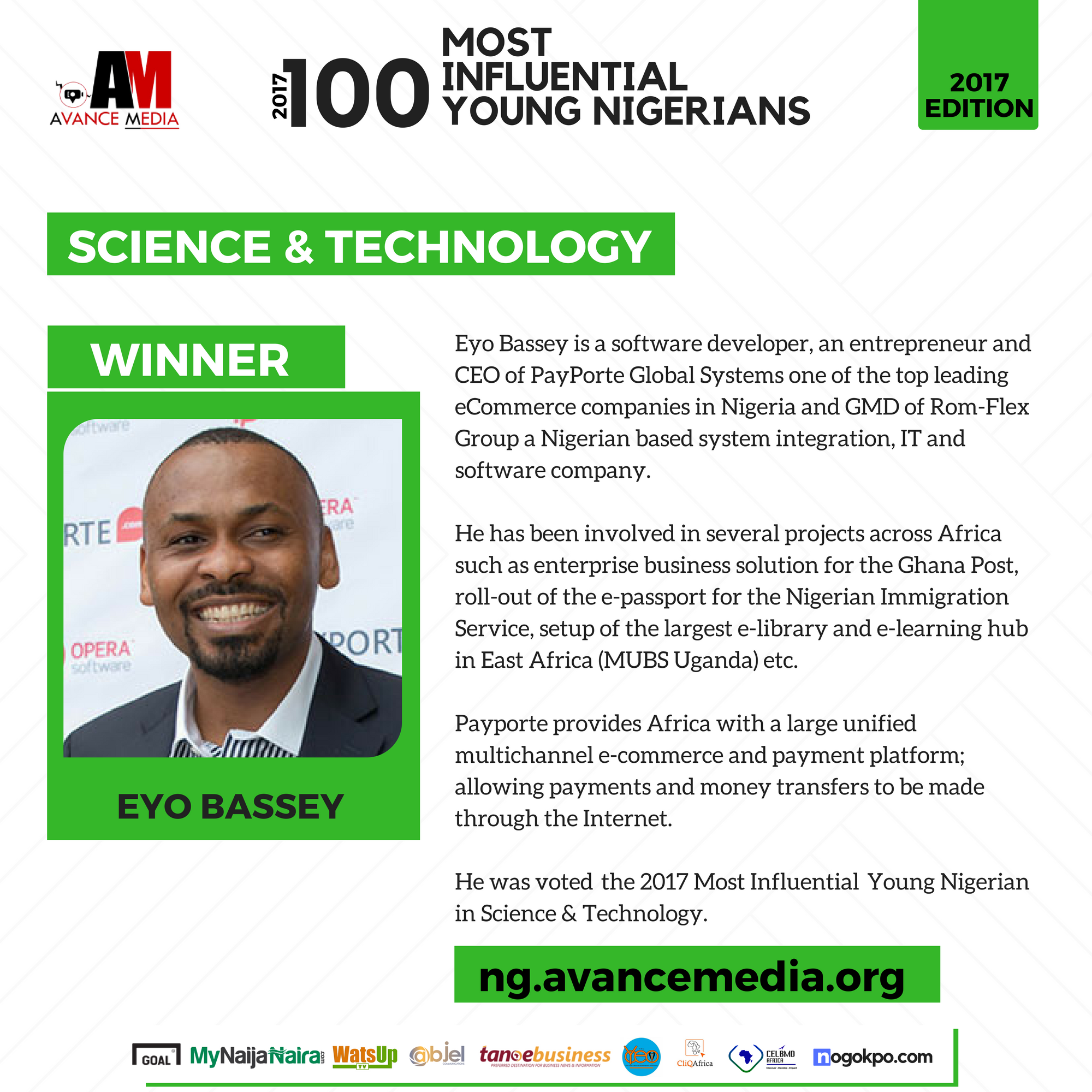 After a successful Poll by international reputed rating establishment, Avance Media, Eyo Bassey, CEO of Payporte has been voted the 2017 Most Influential Young Nigerian in Science and Technology in one of the most credible and respected rankings system that honours youth excellence in Nigeria.

Below are the Most Influential Young Nigerian in Science and Technology as voted by the Public. 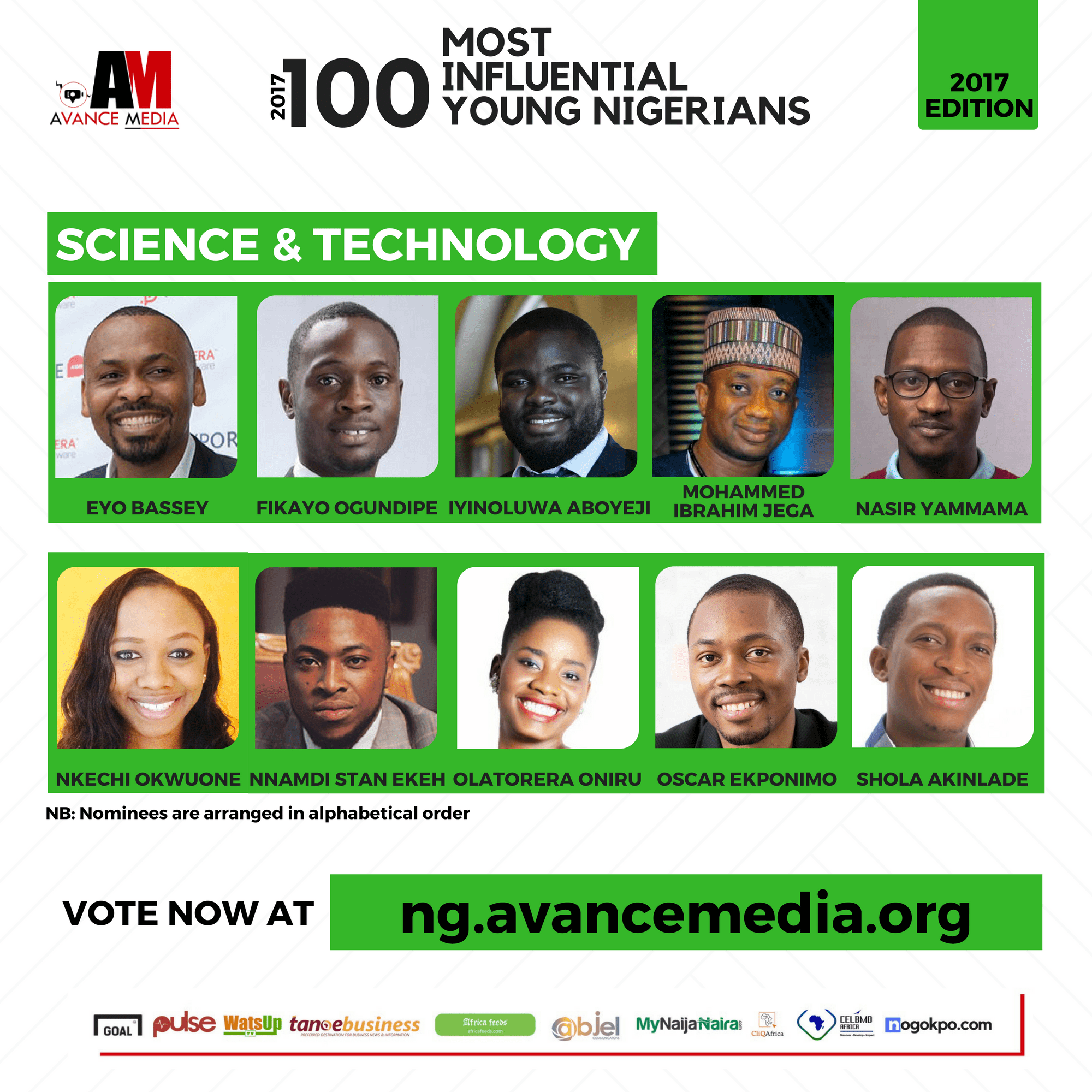 The poll which drew public participation from over 90 countries voted Footballer, Victor Moses as the Most Influential Young Nigerian.

Co-Founder of She Leads Africa, Yasmin Belo-Osagie was also voted as the Most Influential Young Nigerian Woman.

Prince Akpah, MD of Avance Media explained that, the ranking which features young people creating positive influence in Nigerian is meant to inspire young people across Nigeria and change the negative perceptions of the potentials of young people.

Eyo Bassey is a software developer, an entrepreneur and CEO of PayPorte Global Systems one of the top leading eCommerce companies in Nigeria and GMD of Rom-Flex Group a Nigerian based system integration, IT and software company.

He has been involved in several projects across Africa such as enterprise business solution for the Ghana Post, roll-out of the e-passport for the Nigerian Immigration Service, setup of the largest e-library and e-learning hub in East Africa (MUBS Uganda) etc.

Payporte provides Africa with a large unified multichannel e-commerce and payment platform; allowing payments and money transfers to be made through the Internet.