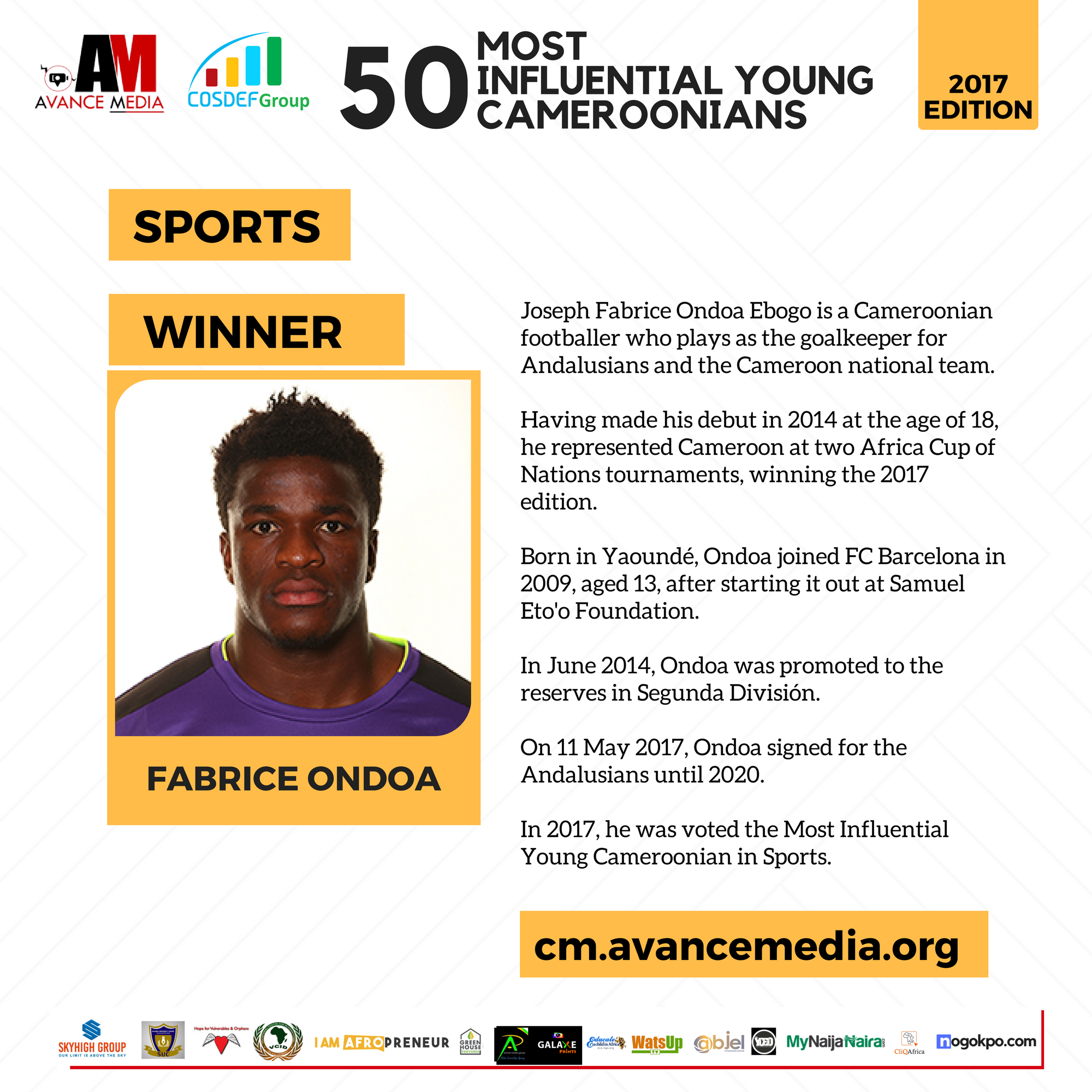 After a successful public Poll by international reputed rating establishment, Avance Media and the COSDEF Group Fabrice Ondoa, goalkeeper for Sevilla Atlético and the Cameroon national team has been voted the 2017 Most Influential Young Cameroonian in Sports in one of the most credible and respected rankings system that honours youth excellence in Cameroon.

Below are the Most Influential Young Cameroonians in Sports as voted by the Public.

Fabrice Ondoa is a Cameroonian footballer who plays as the goalkeeper for Sevilla Atlético and the Cameroon national team.

Having made his debut in 2014 at the age of 18, he represented Cameroon at two Africa Cup of Nations tournaments, winning the 2017 edition.

Born in Yaoundé, Ondoa joined FC Barcelona in 2009, aged 13, after starting it out at Samuel Eto’o Foundation.

In June 2014, Ondoa was promoted to the reserves in Segunda División.

In 2017, he was voted the Most Influential Young Cameroonian in Sports.