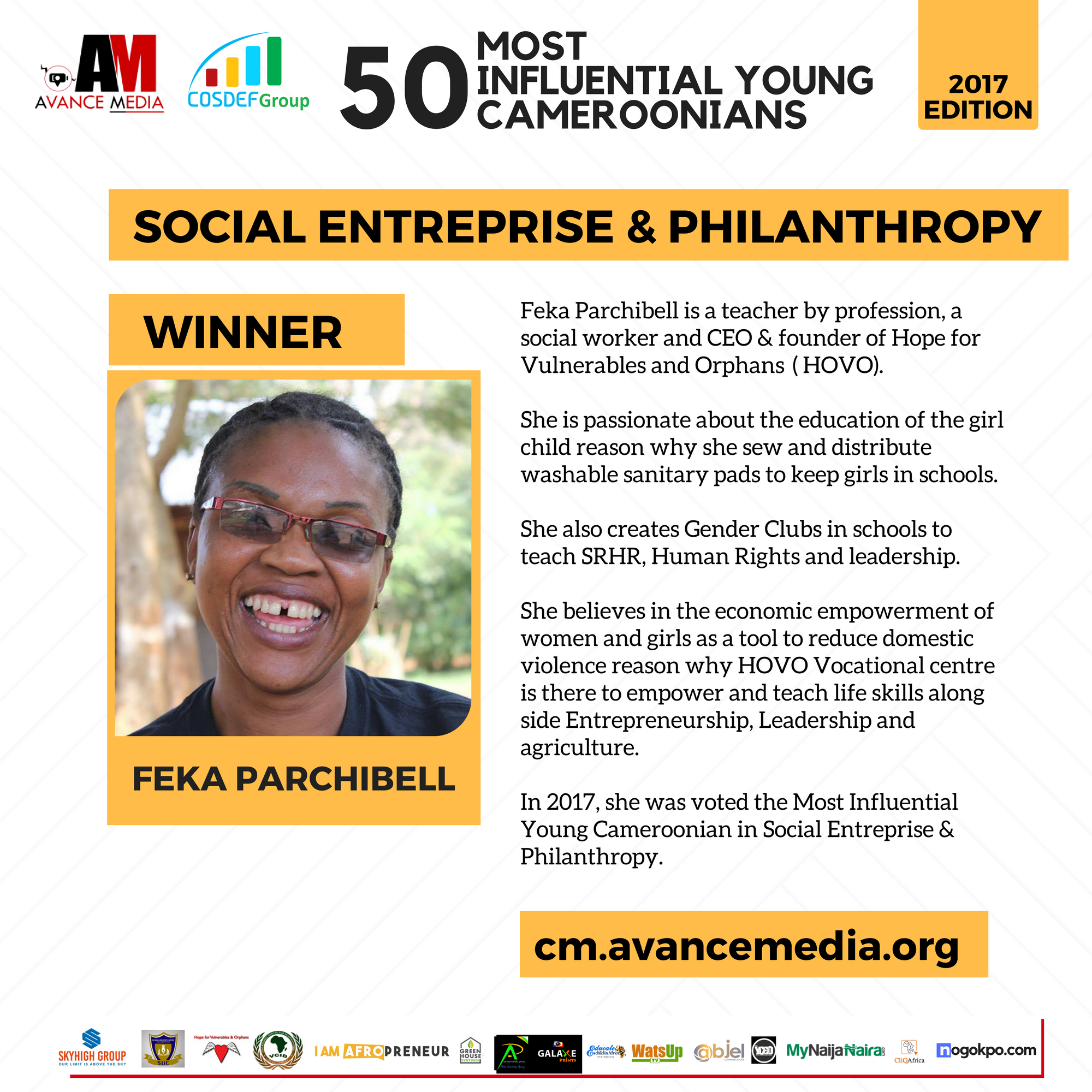 After a successful public Poll by international reputed rating establishment, Avance Media and the COSDEF Group Feka Parchibell , CEO of The ‘Hope For Vulnerable and Orphans has been voted the 2017 Most Influential Young Cameroonian in Social Entreprise & Philanthropy in one of the most credible and respected rankings system that honours youth excellence in Cameroon.

Below are the Most Influential Young Cameroonian in Social Entreprise & Philanthropy as voted by the Public.

Feka Parchibell is a teacher by profession, a social worker and CEO & founder of Hope for Vulnerables and Orphans (HOVO).

She is passionate about the education of the girl child reason why she sew and distribute washable sanitary pads to keep girls in schools.

She believes in the economic empowerment of women and girls as a tool to reduce domestic violence reason why HOVO Vocational centre is there to empower and teach life skills alongside Entrepreneurship, Leadership and agriculture.

In 2017, she was voted the Most Influential Young Cameroonian in Social Entreprise & Philanthropy.