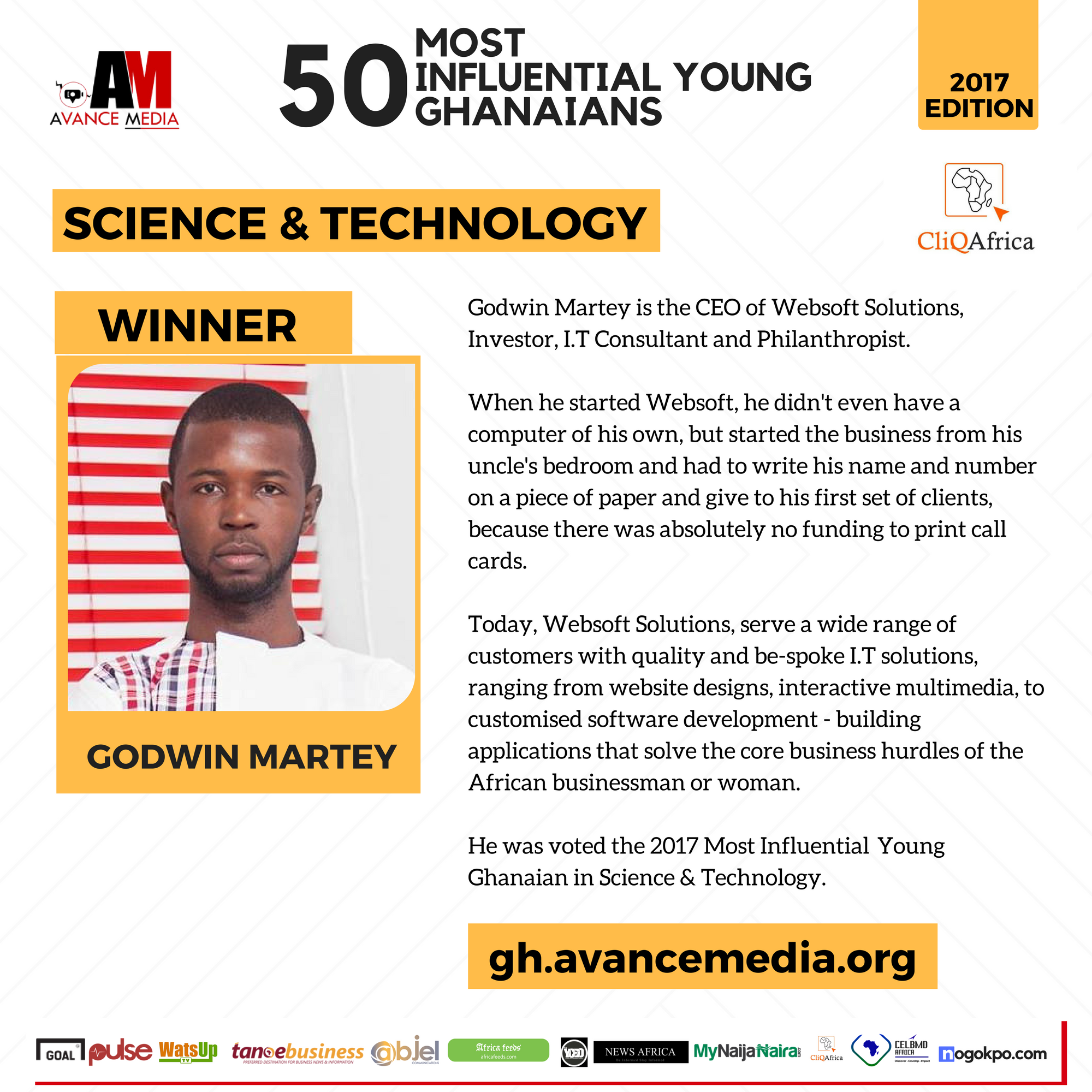 After a successful Poll by international reputed rating establishment, Avance Media in partnership with CliqAfrica; Godwin Martey, CEO of Websoft Solutions has been voted the 2017 Most Influential Young Ghanaian in Science and Technology in one of the most credible and respected rankings system that honours youth excellence in Ghana.

Below are the Most Influential Young Ghanaian in Science and Technology as voted by the Public. 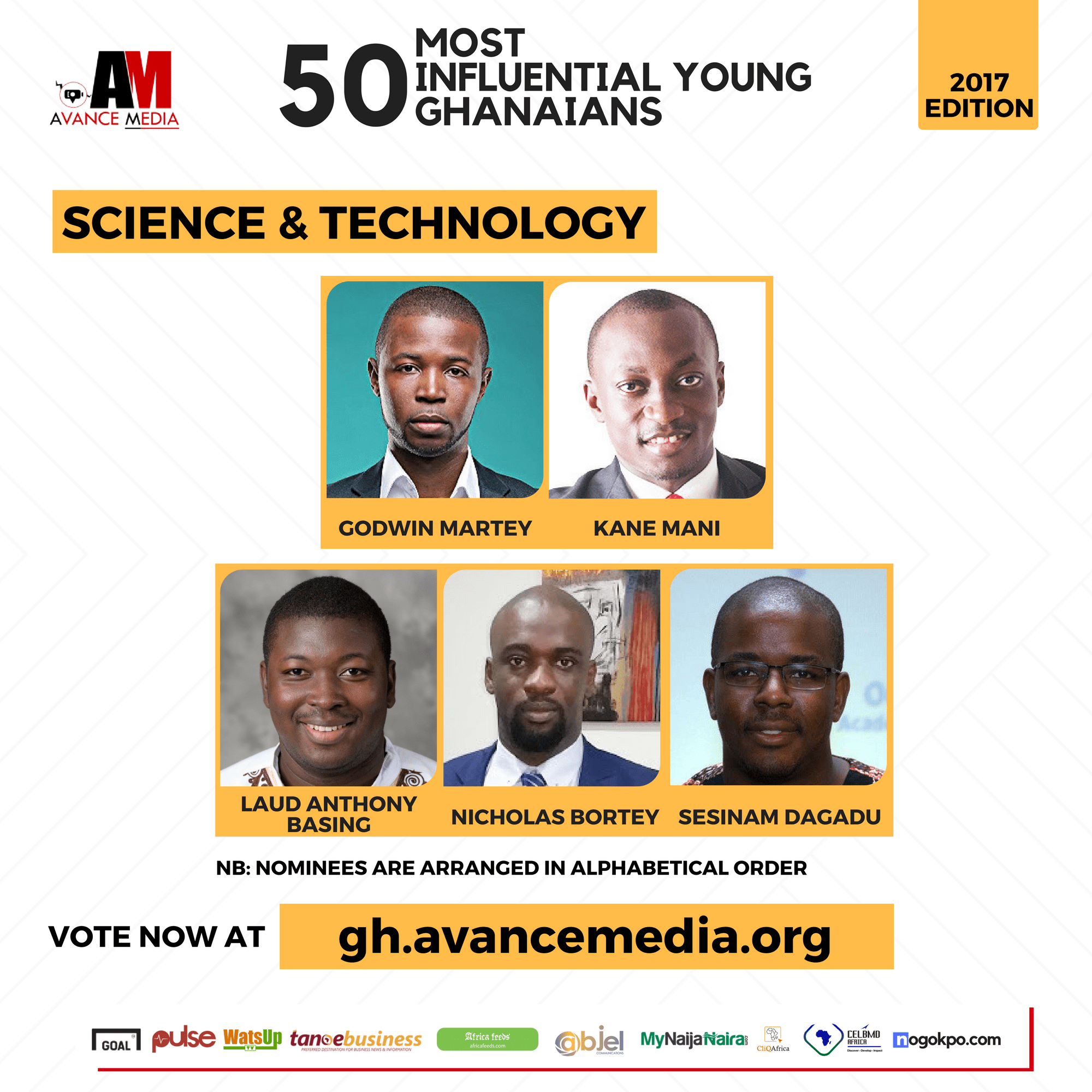 Godwin Martey is the CEO of Websoft Solutions, Investor, I.T Consultant and Philanthropist.

When he started Websoft, he didn’t even have a computer of his own, but started the business from his uncle’s bedroom and had to write his name and number on a piece of paper and give to his first set of clients, because there was absolutely no funding to print call cards.

His Favourite quote is “Small minds can’t comprehend big spirits. To be great, you have to be willing to be mocked, hated and misunderstood. But stay strong, for time is the judge in the courtroom of the universe.” – Godwin K. Martey.

He was voted the 2017 Most Influential Young Ghanaian in Science & Technology.