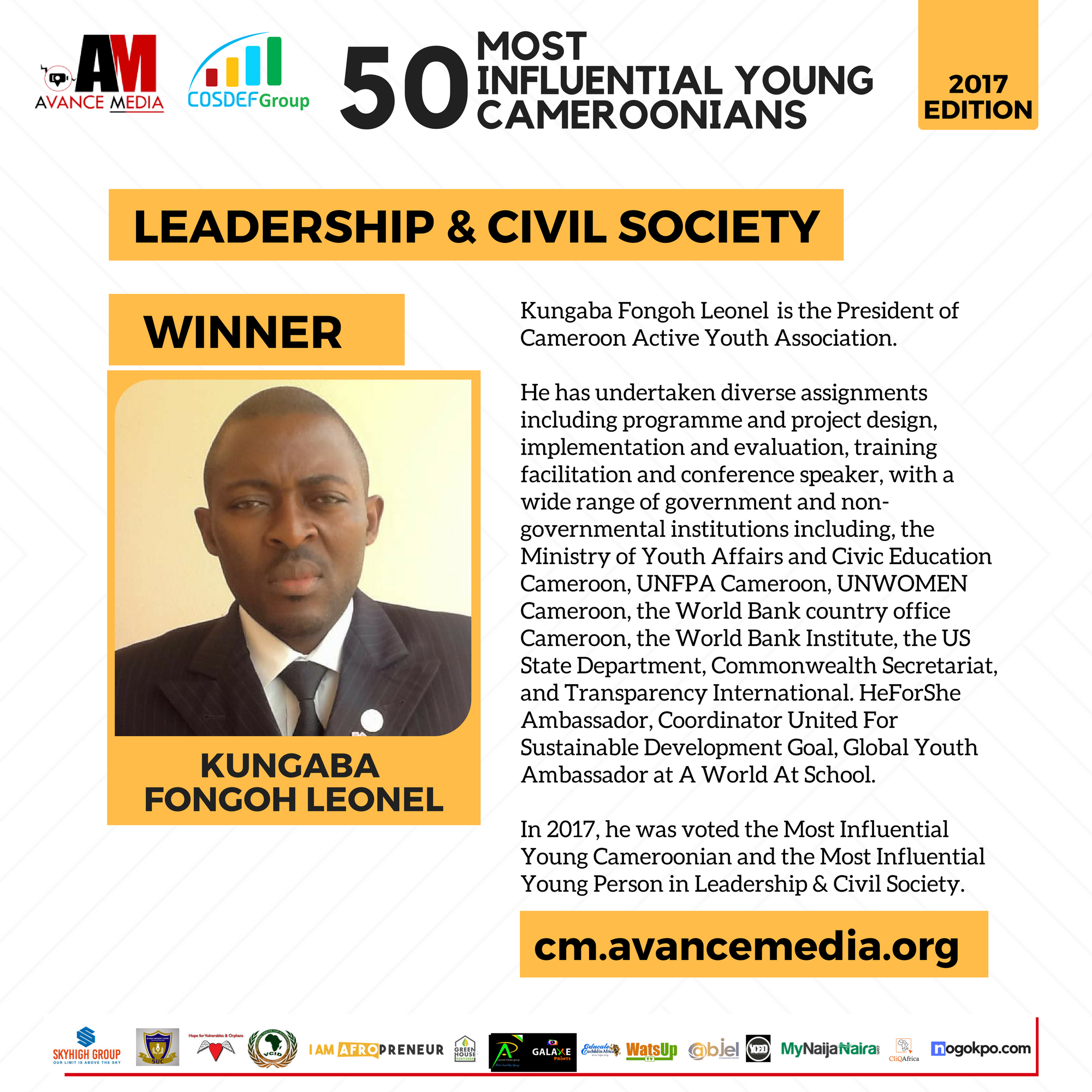 After a successful public Poll by international reputed rating establishment, Avance Media and the COSDEF Group Kungaba Fongoh Leonel, CEO of Cameroon Active Youth Association has been voted the 2017 Most Influential Young Cameroonian in Leadership & Civil Society in one of the most credible and respected rankings system that honours youth excellence in Cameroon.

Below are the Most Influential Young Cameroonians in Leadership & Civil Society as voted by the Public.

The poll which drew public participation from over 90 countries also voted Kungaba Fongoh Leonel, President of the Cameroon Active Youth Association as the 2017 Most Influential Young Cameroonian.

He has undertaken diverse assignments including programme and project design, implementation and evaluation, training facilitation and conference speaker, with a wide range of government and non-governmental institutions including, the Ministry of Youth Affairs and Civic Education Cameroon, UNFPA Cameroon, UNWOMEN Cameroon, the World Bank country office Cameroon, the World Bank Institute, the US State Department, Commonwealth Secretariat, and Transparency International. HeForShe Ambassador, Coordinator United For Sustainable Development Goal, Global Youth Ambassador at A World At School.