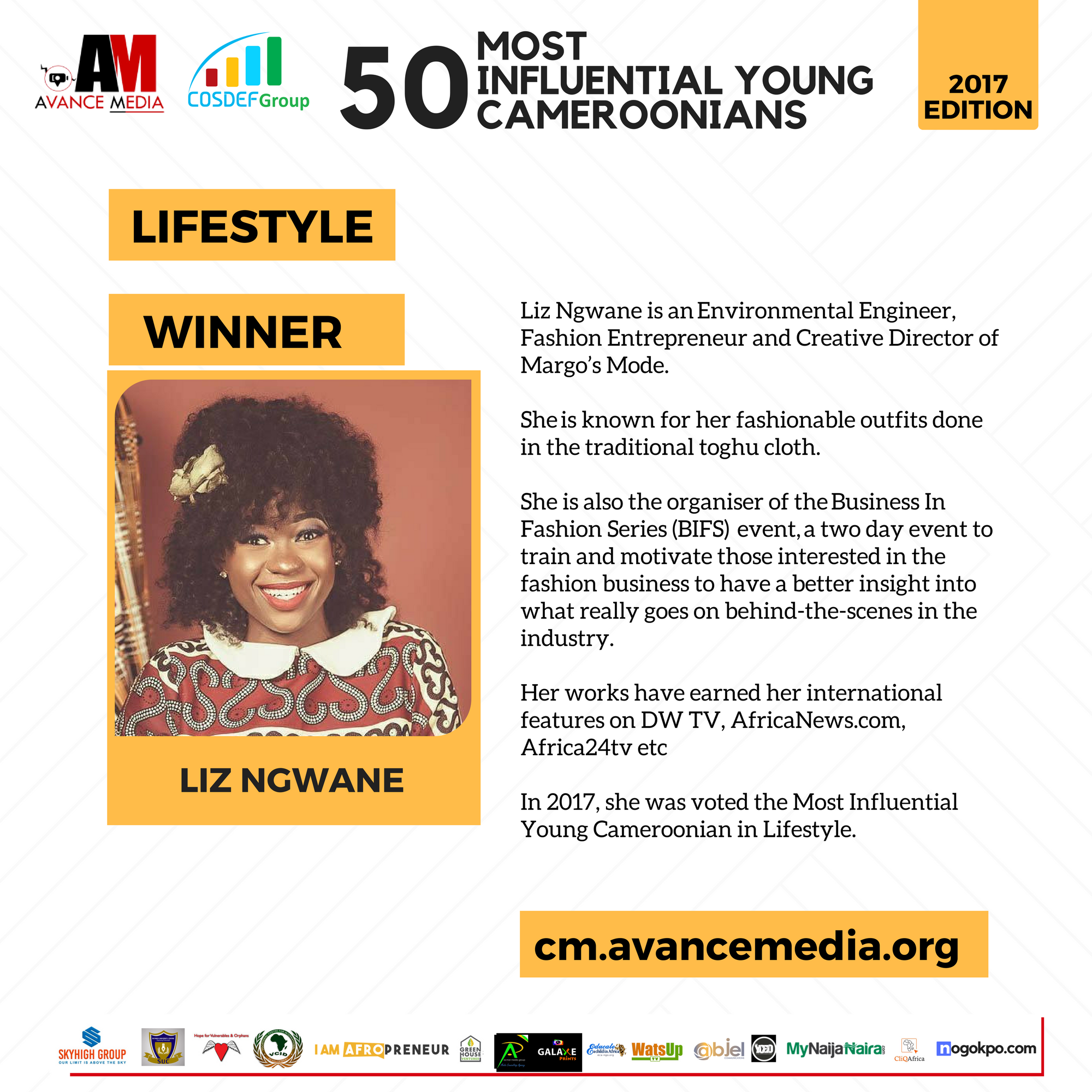 After a successful public Poll by international reputed rating establishment, Avance Media and the COSDEF Group, Liz Ngwane, a Fashion Designer has been voted the 2017 Most Influential Young Cameroonian in Lifestyle in one of the most credible and respected rankings system that honours youth excellence in Cameroon.

Below are the Most Influential Young Cameroonians in Lifestyle as voted by the Public.

“I hope that by sharing their experiences, the various winners will inspire a whole generation and serve as mentors for other young people in their communities” said Mr Akpah.

She is known for her fashionable outfits done in the traditional toghu cloth.

She is also the organiser of the Business In Fashion Series (BIFS) event, a two day event to train and motivate those interested in the fashion business to have a better insight into what really goes on behind-the-scenes in the industry.

Her works have earned her international features on DW TV, AfricaNews.com, and Africa24tv etc

In 2017, she was voted the Most Influential Young Cameroonian in Lifestyle.