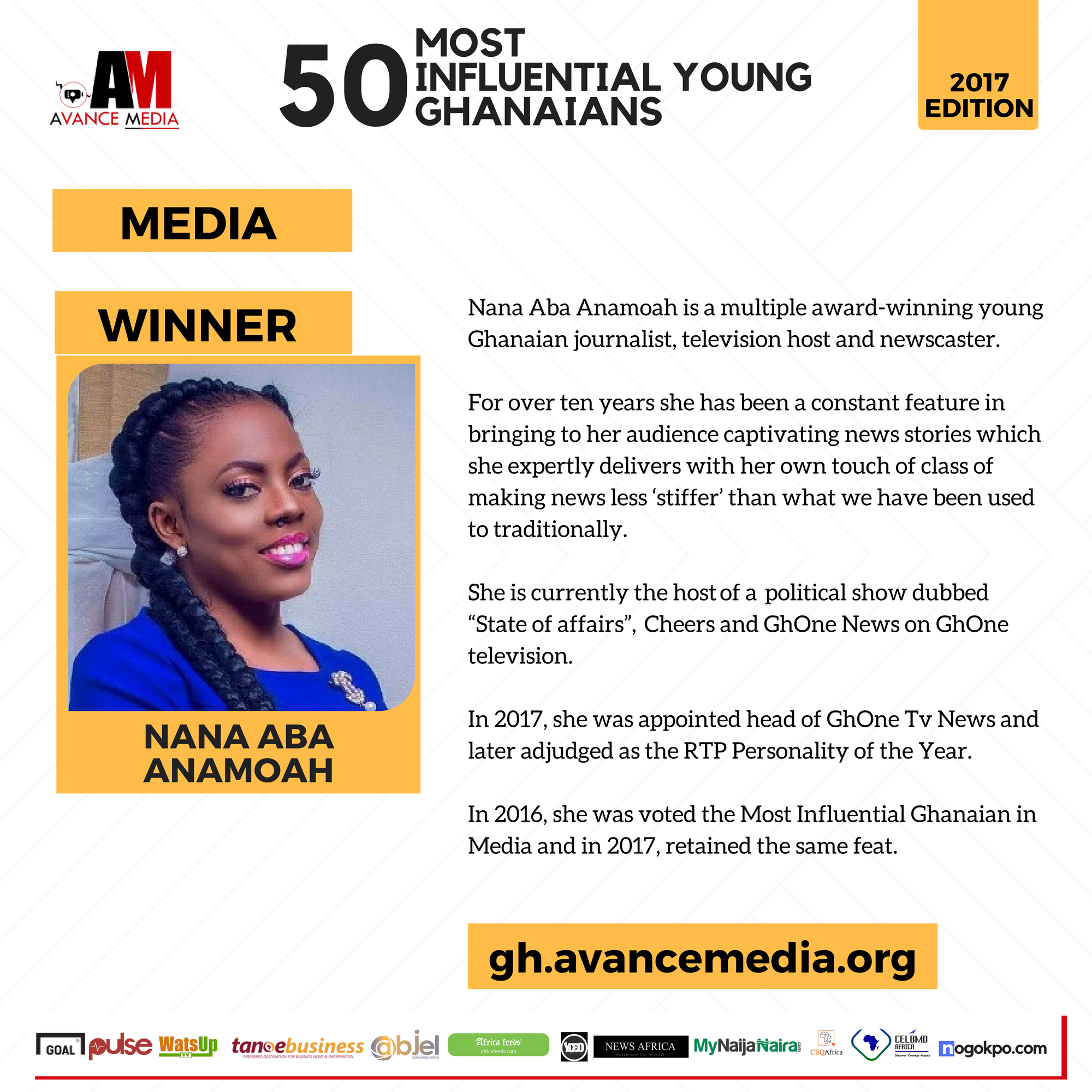 After a successful Poll by international reputed rating establishment, Avance Media, GhOne TV’s Nana Aba Anamoah has been voted the 2017 Most Influential Young Ghanaian in Media in one of the most credible and respected rankings system that honours youth excellence in Ghana.

Below are the Most Influential Young Ghanaian in Media as voted by the Public. 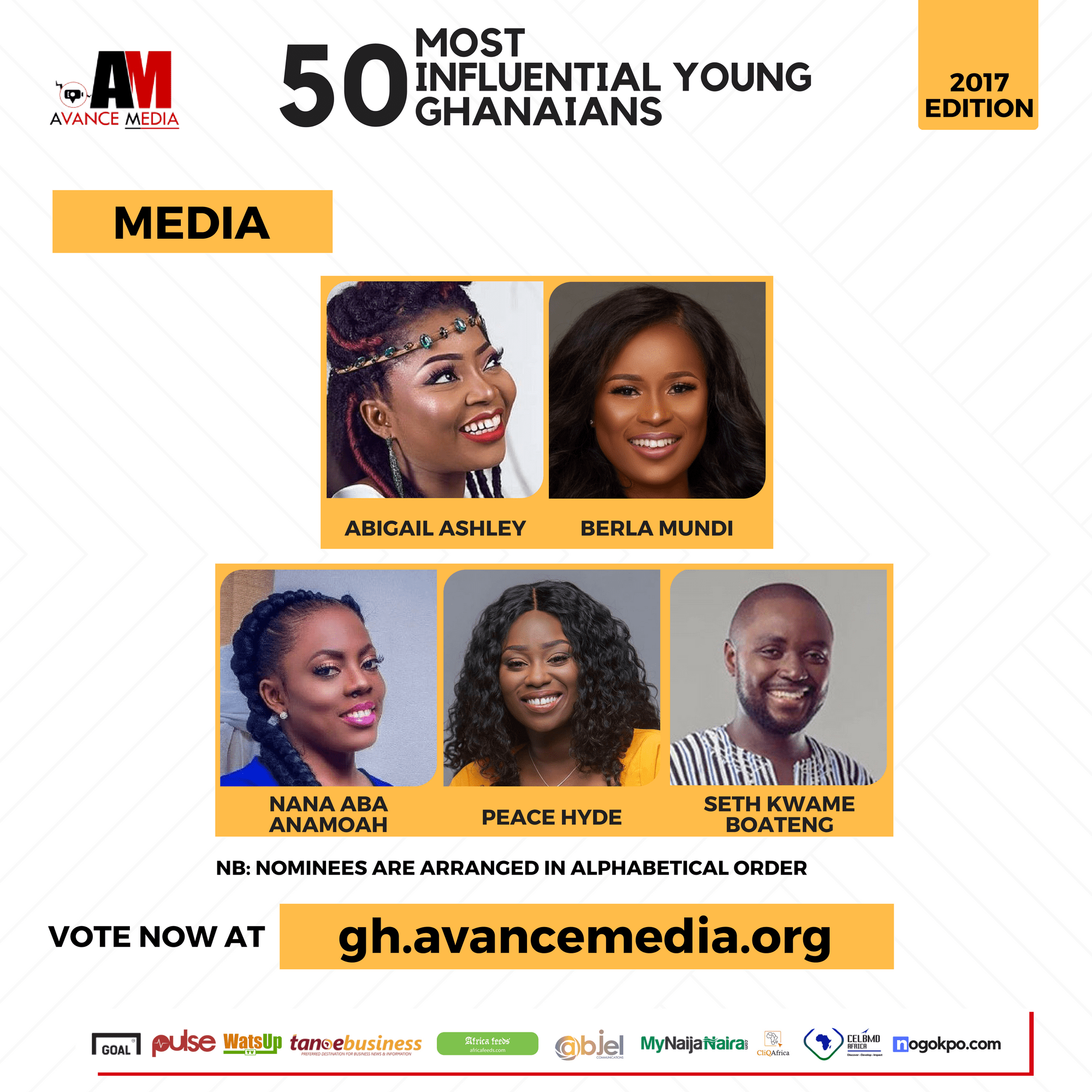 For over ten years she has been a constant feature in bringing to her audience captivating news stories which she expertly delivers with her own touch of class of making news less ‘stiffer’ than what we have been used to traditionally.

She is currently the host of a political show dubbed “State of affairs”, Cheers and GhOne News on GhOne television.

In 2017, she was appointed head of GhOne Tv News and later adjudged as the RTP Personality of the Year.

In 2016, she was voted the Most Influential Ghanaian in Media and in 2017, retained the same feat.