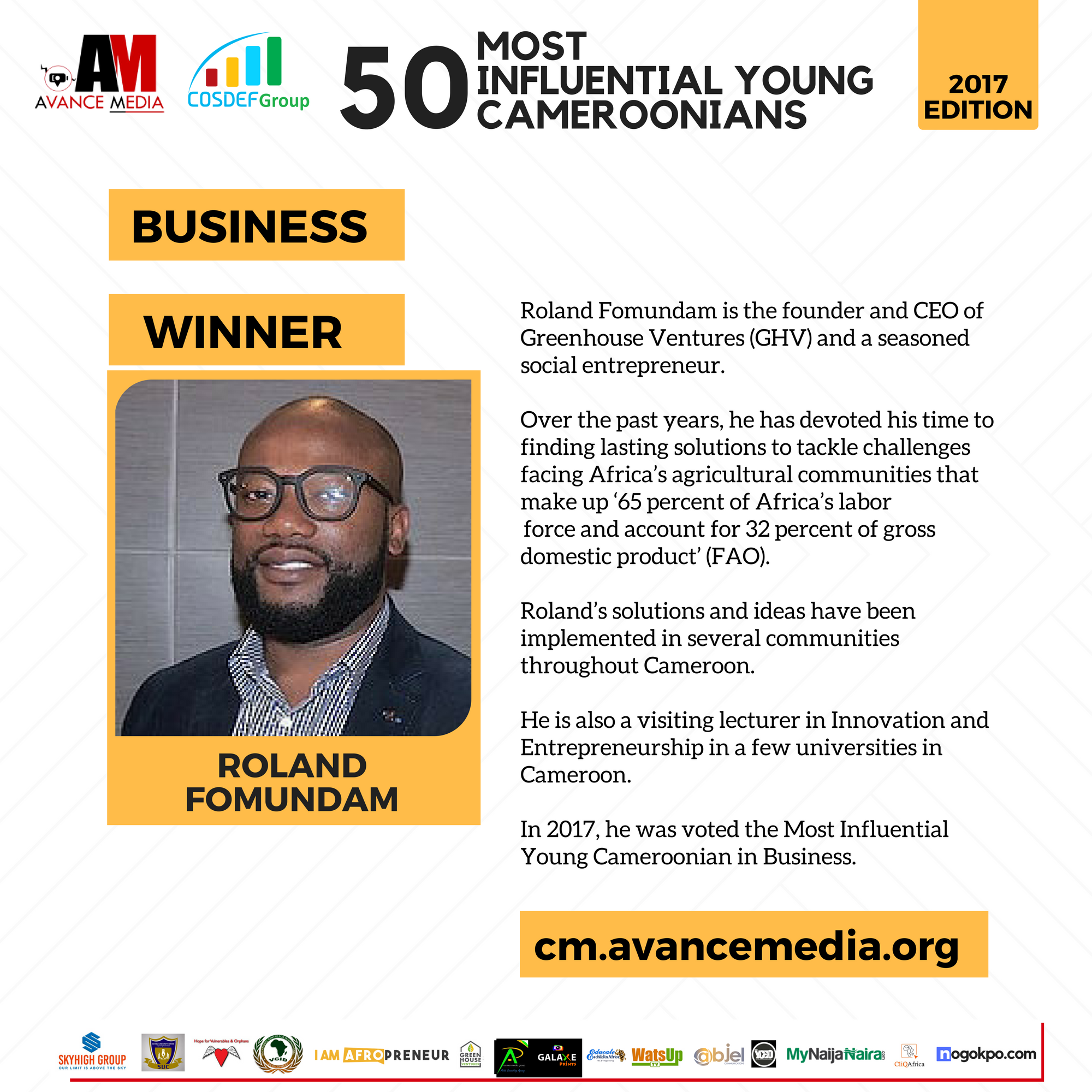 After a successful public Poll by international reputed rating establishment, Avance Media and the COSDEF Group Roland Fomundam CEO of Greenhouse ventures has been voted the 2017 Most Influential Young Cameroonian in Business in one of the most credible and respected rankings system that honours youth excellence in Cameroon.

Below are the Most Influential Young Cameroonians in Business as voted by the Public.

Roland Fomundam is the founder and CEO of Greenhouse Ventures (GHV) and a seasoned social entrepreneur.

Over the past years, he has devoted his time to finding lasting solutions to tackle challenges facing Africa’s agricultural communities that make up ‘65 percent of Africa’s labor force and account for 32 percent of gross domestic product’ (FAO).

Roland’s solutions and ideas have been implemented in several communities throughout Cameroon.

He is also a visiting lecturer in Innovation and Entrepreneurship in a few universities in Cameroon.

In 2017, he was voted the Most Influential Young Cameroonian in Business.