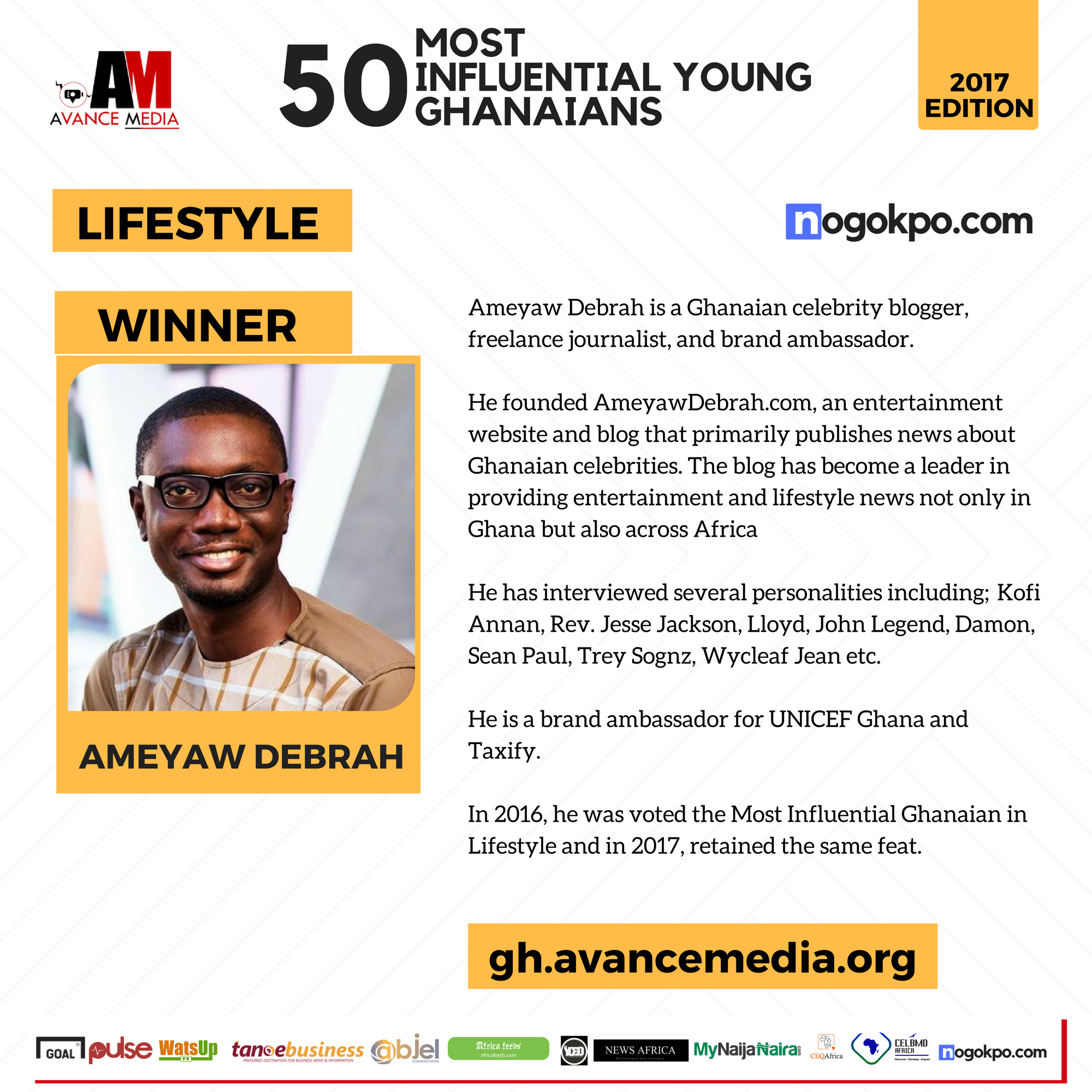 After a successful Poll by international reputed rating establishment, Avance Media in partnership with nogokpo.com, Celebrity Blogger, Ameyaw Debrah has been voted the 2017 Most Influential Young Ghanaian in Lifestyle in one of the most credible and respected rankings system that honours youth excellence in Ghana.

Below are the Most Influential Young Ghanaian in Lifestyle as voted by the Public. 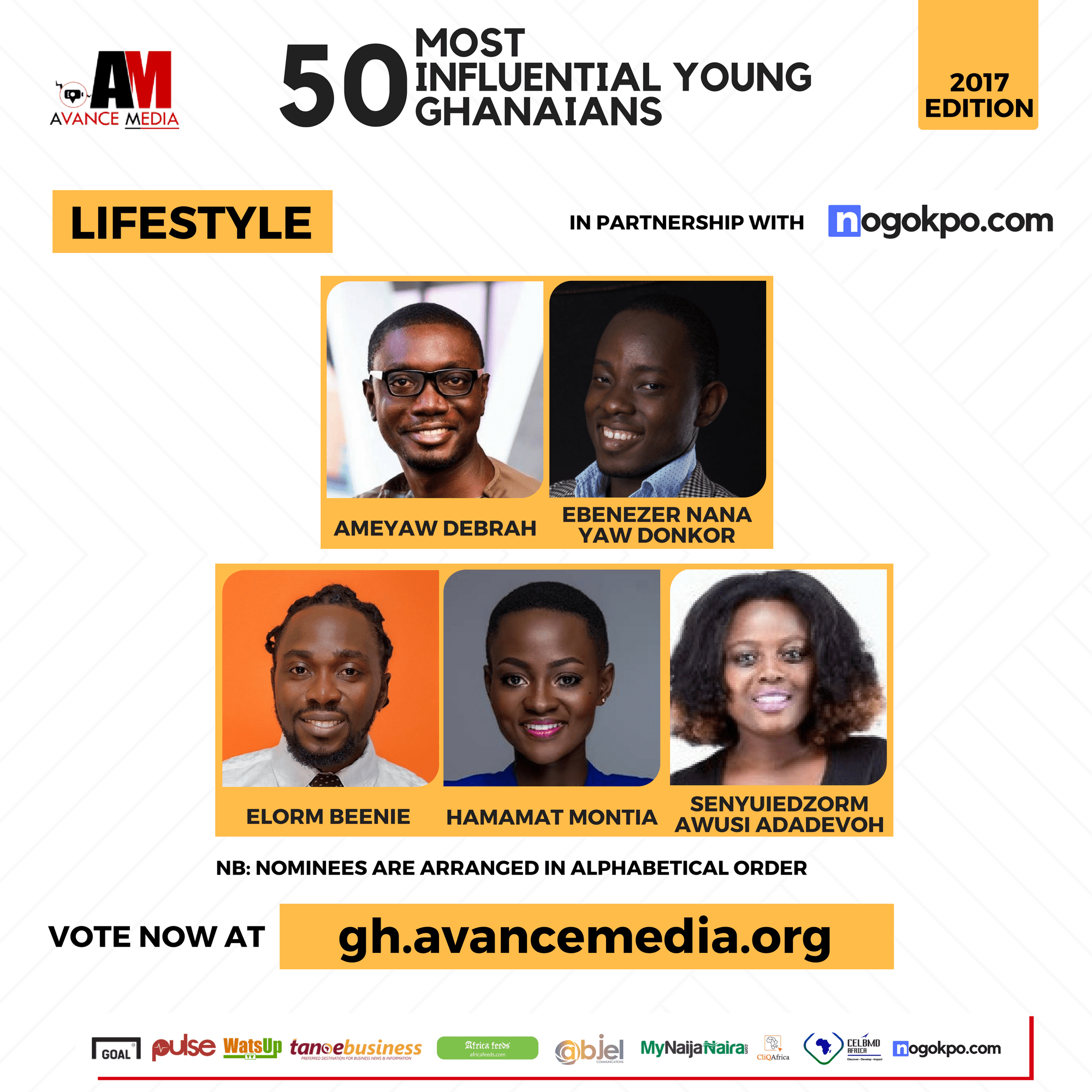 He founded AmeyawDebrah.com, an entertainment website and blog that primarily publishes news about Ghanaian celebrities. The blog has become a leader in providing entertainment and lifestyle news not only in Ghana but also across Africa

He is a brand ambassador for UNICEF Ghana and Taxify.

In 2016, he was voted the Most Influential Ghanaian in Lifestyle and in 2017, retained the same feat.