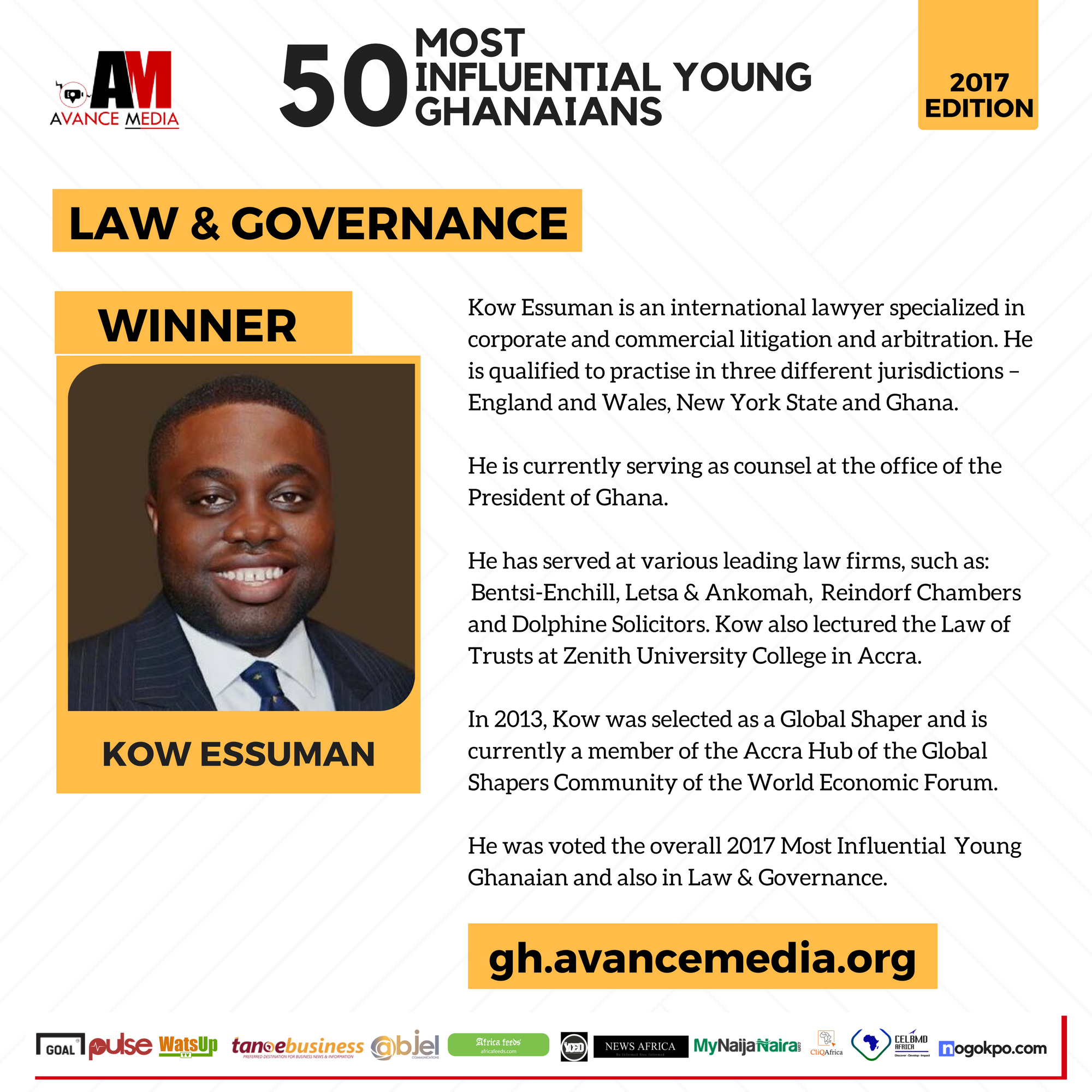 After a successful Poll by international reputed rating establishment, Avance Media, Lawyer Kow Essuman has been voted the 2017 Most Influential Young Ghanaian in Law & Governance in one of the most credible and respected rankings system that honours youth excellence in Ghana.

Below are the Most Influential Young Ghanaian in Law & Governance as voted by the Public. 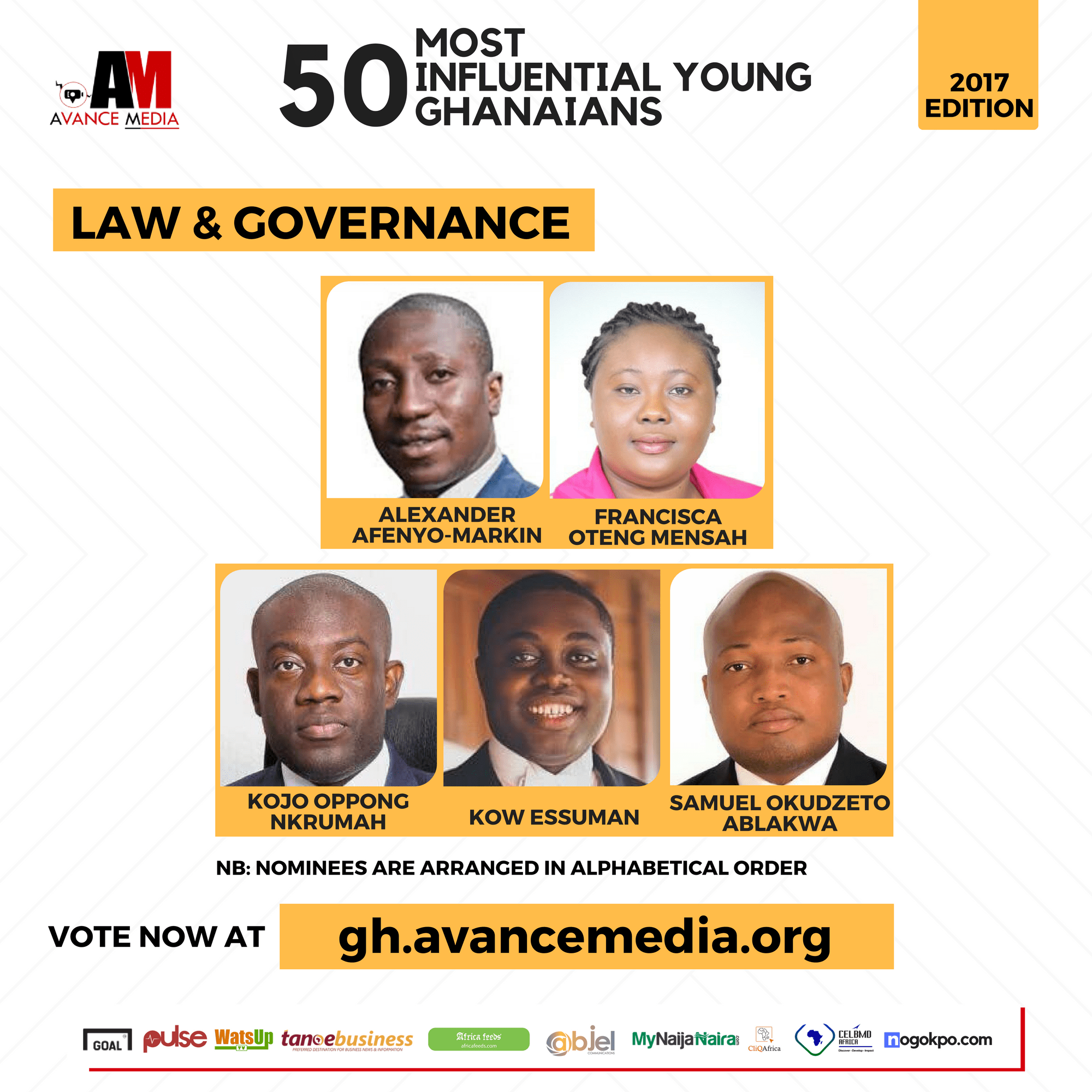 Kow Essuman is an international lawyer specialized in corporate and commercial litigation and arbitration. He is qualified to practice in three different jurisdictions – England and Wales, New York State and Ghana.

He is currently serving as counsel at the office of the President of Ghana.
He has served at various leading law firms, such as: Bentsi-Enchill, Letsa & Ankomah, Reindorf Chambers and Dolphine Solicitors. Kow also lectured the Law of Trusts at Zenith University College in Accra.

In 2013, Kow was selected as a Global Shaper and is currently a member of the Accra Hub of the Global Shapers Community of the World Economic Forum.
He was voted the overall 2017 Most Influential Young Ghanaian and also in Law & Governance.