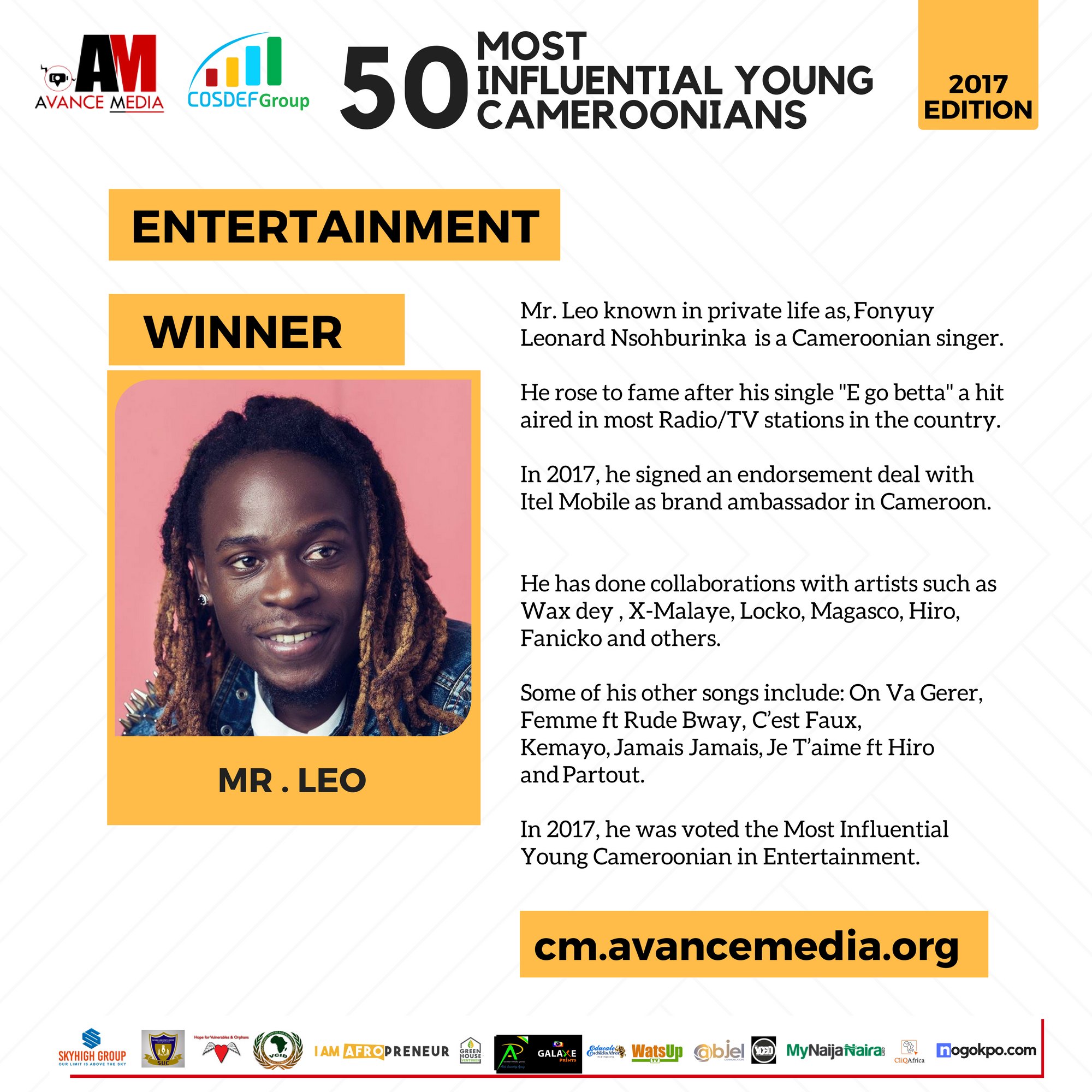 After a successful public Poll by international reputed rating establishment, Avance Media and the COSDEF Group, leading Musician,  Mr. Leo, has been voted the 2017 Most Influential Young Cameroonian in Entertainment in one of the most credible and respected rankings system that honours youth excellence in Cameroon.

Below are the Most Influential Young Cameroonians in Entertainment as voted by the Public.

He rose to fame after his single “E go betta” a hit aired in most Radio/TV stations in the country.

In 2017, he signed an endorsement deal with Itel Mobile as brand ambassador in Cameroon.

In 2017, he was voted the Most Influential Young Cameroonian in Entertainment.