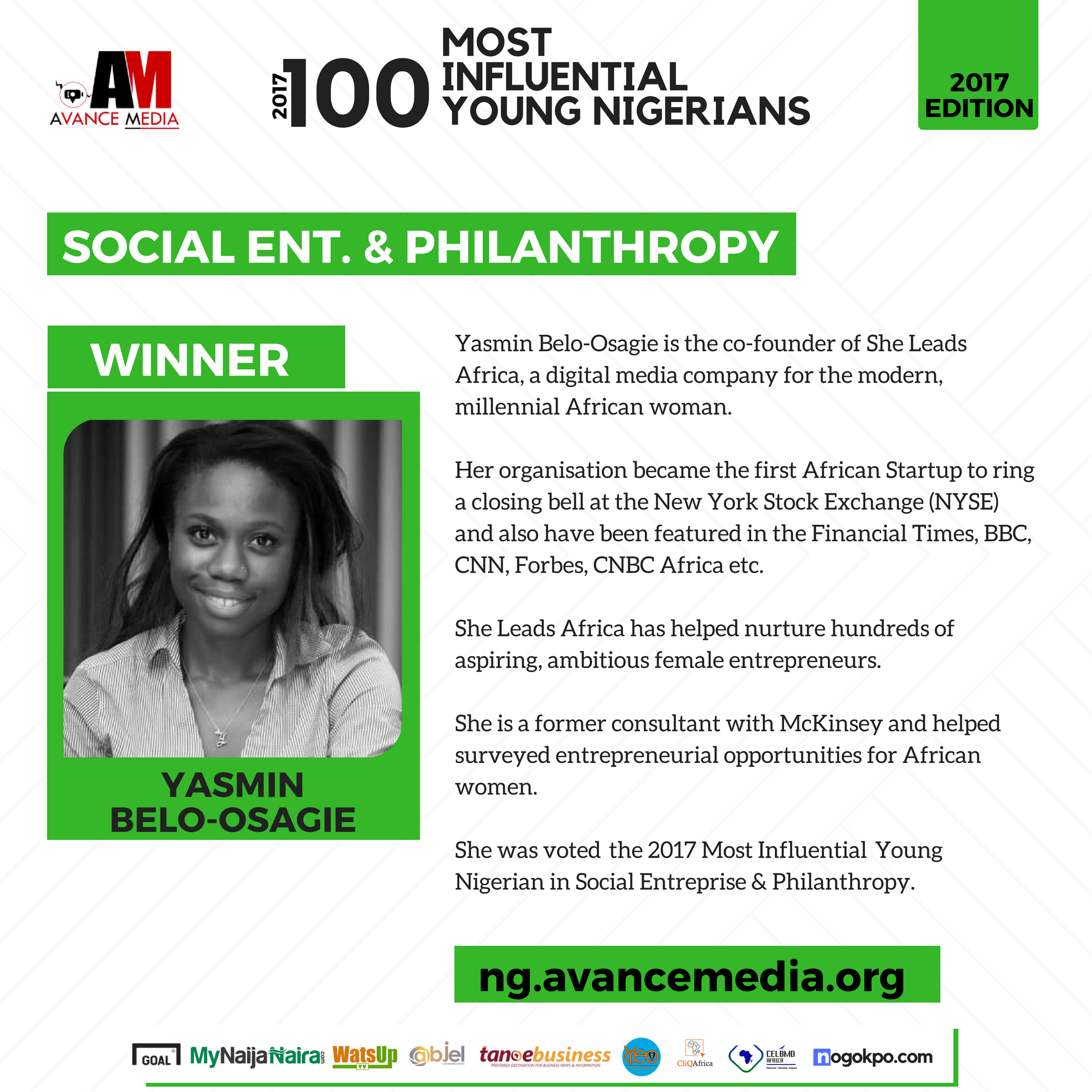 Posted at 11:08h in Ranking by Prince Akpah 0 Comments
0 Likes

After a successful Poll by international reputed rating establishment, Avance Media, Yasmin Belo-Osagie, Co-Founder of She Leads Africa has been voted the 2017 Most Influential Young Nigerian in Social Entreprise & Philanthropy in one of the most credible and respected rankings system that honours youth excellence in Nigeria.

Yasmin Belo-Osagie was also voted as the Most Influential Young Nigerian Woman.

Below are the Most Influential Young Nigerian in Social Entreprise & Philanthropy as voted by the Public. 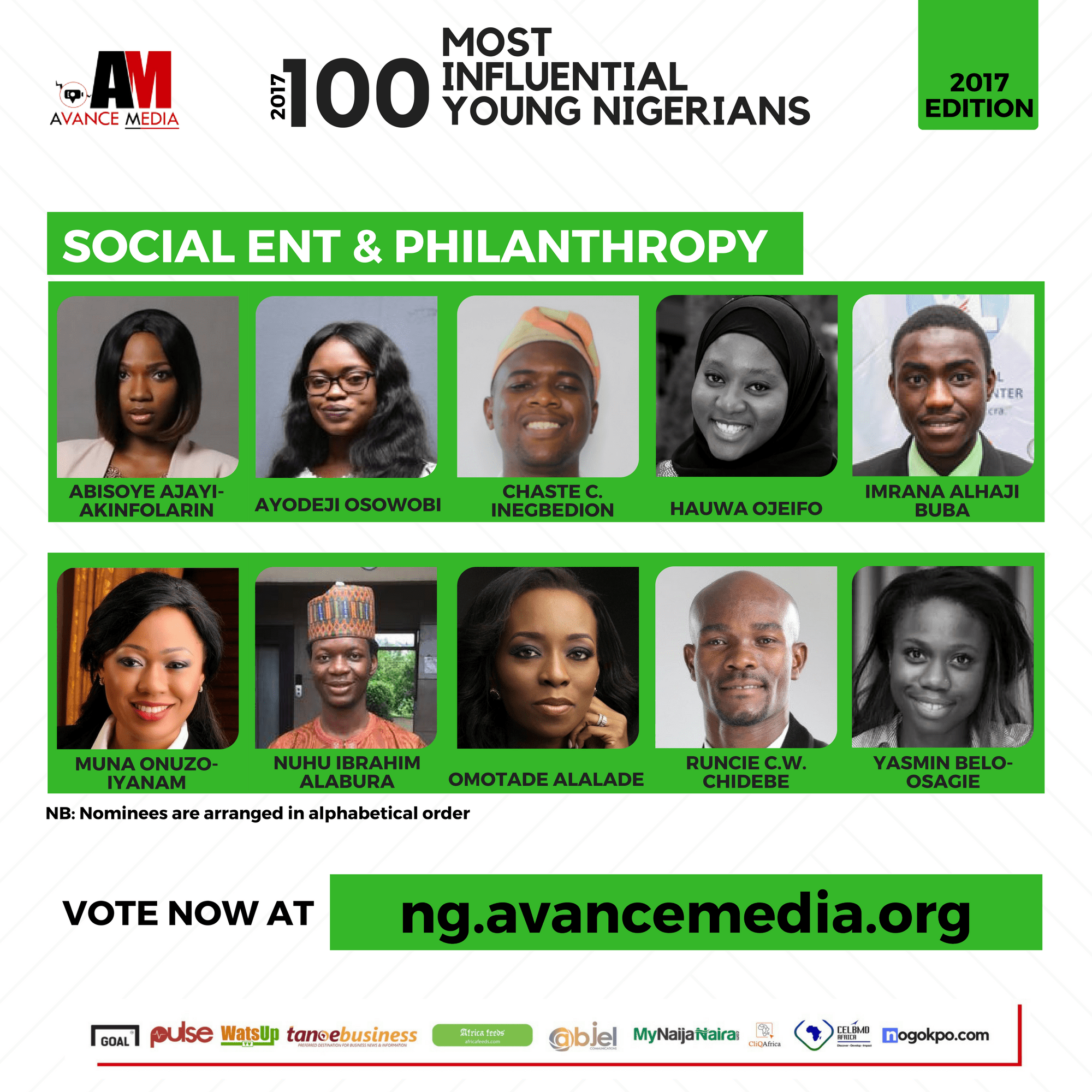 The poll which drew public participation from over 90 countries voted Footballer, Victor Moses as the Most Influential Young Nigerian.

Prince Akpah, MD of Avance Media explained that, the ranking which features young people creating positive influence in Nigerian is meant to inspire young people across Nigeria and change the negative perceptions of the potentials of young people.

Yasmin Belo-Osagie is the co-founder of She Leads Africa, a digital media company for the modern, millennial African woman.

Her organisation became the first African Startup to ring a closing bell at the New York Stock Exchange (NYSE) and also have been featured in the Financial Times, BBC, CNN, Forbes, CNBC Africa etc.

She Leads Africa has helped nurture hundreds of aspiring, ambitious female entrepreneurs. She is a former consultant with McKinsey and helped surveyed entrepreneurial opportunities for African women.

She was voted the 2017 Most Influential Young Nigerian in Social Entreprise & Philanthropy.